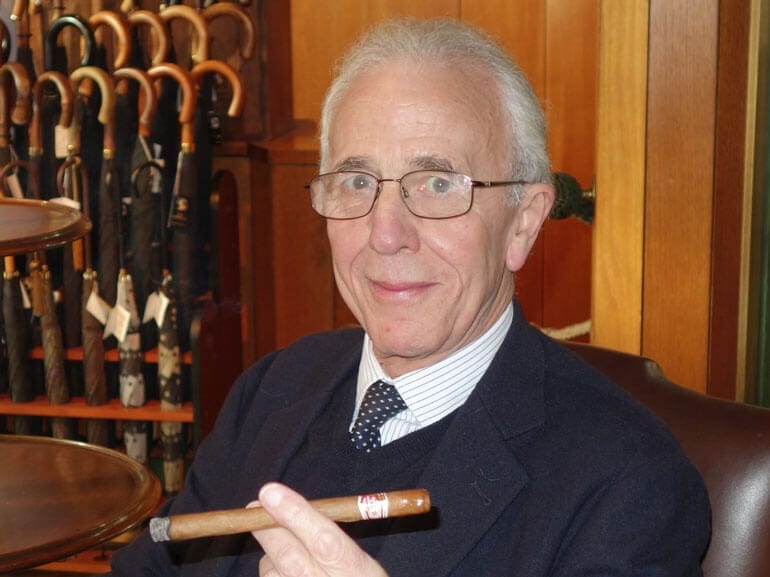 Simon Chase, a veteran of the cigar industry and expert on Cuban cigars like no other, has passed away earlier today following a long illness. Mr. Chase was born on 19th April 1944.

Simon joined Hunters & Frankau Limited in 1977 and served as a Director for 35 years.  Over this period he accumulated extensive knowledge of the cigar industry, past and present, particularly in Cuba. His dedication and contribution to the company and the fine cigar industry was without equal. Since his retirement, Simon has contributed many stories to Cigar Journal and other fine publications. His knowledge about cigars was simply unequaled.

In 1998 he was awarded by Habanos S.A. the Hombre Habano del Año (Habanos Man of the Year) trophy for Communications. Since then he has become well-known as the auctioneer at the Gala Dinner that marks the end of the Festival del Habano every year.

Our thoughts and prayers are with Simon’s family and his many friends around the world at this very difficult time.