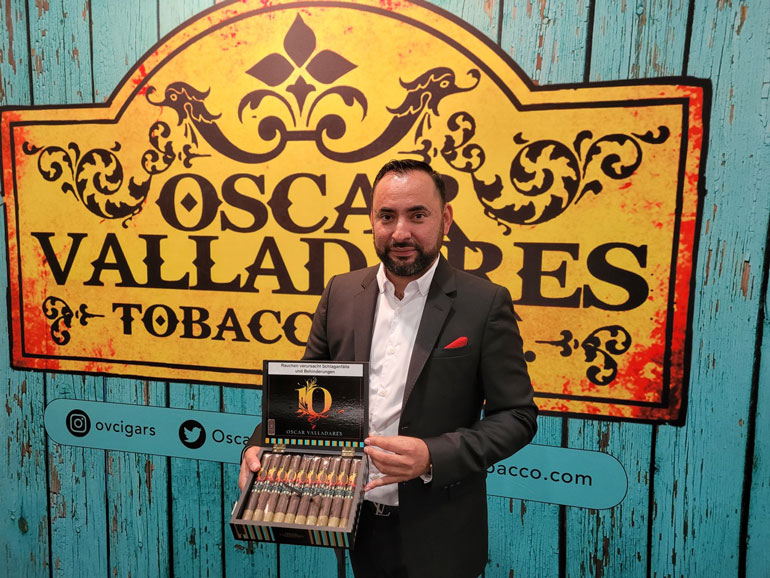 Two years ago, Oscar Valladares opened a warehouse in Germany to meet the growing European demand for its cigars. It was a decision that proved to be right. Since its opening the manufacturer saw the sales grow at a consistent pace as he can delivers the orders immediately to the market.

And the importance of the European market could not be living a more special moment. For the first time with his own booth at Intertabac, the manufacturer is bringing good news. Now the German warehouse started to work with the full portfolio of the brand and the fair was also the stage for presenting the company’s two new lines in the continent: The Raw Dog and the 10th Anniversary.

The Raw Dog is a particular very interesting line since the it presents a cigar without wrapper. “It is known that some wrappers apports a lot of flavors in the cigar. With this cigar we would like to focus on the flavors of the fillers and binder and the rustic look of the cigar to cause a surprise to the customers” says Oscar Valladares.

The Raw Dog uses only tobaccos from Honduras and comes out in just one vitola 5×60 in boxes of 50 units. “Now we have the Leaf by Oscar that comes with an extra leaf wrapping the cigar and now we present a new line without wrapper” adds Oscar.

The other line comes to celebrate the company’s first decade. The Oscar Valladares 10th Anniversary combines leaves from four countries. The filler is made of aged tobaccos from Nicaragua using the binder from Honduras. A special touch is on the wrapper that combines a candela wrapper from Honduras on the cigar foot and a Mexican Maduro on the rest. “The idea of the two wrappers is to provide two different flavors in the cigar starting with the candela and then changing it completely as it gets to the maduro wrapper” says Valladares. The 10th Anniversary comes in three different vitolas: Toro (6×52), Sixty (6×60) and Salomon (7×60), all in boxes of 10 units.

Both launches are ready to be shipped to the markets in Europe from the company’s German warehouse. 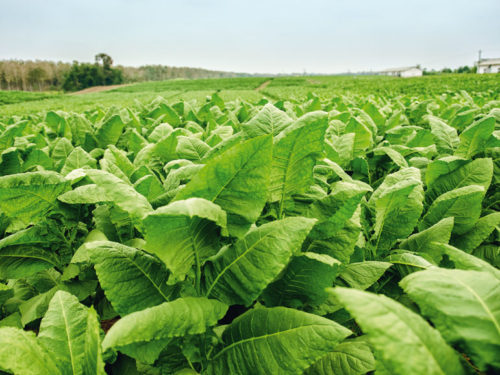 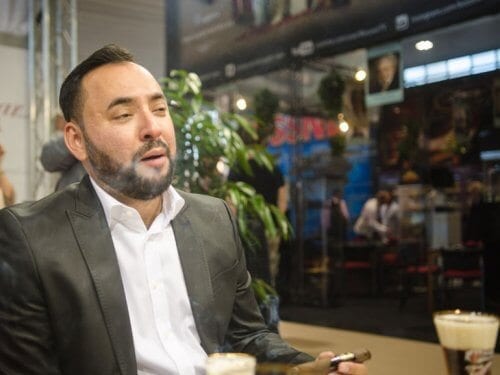 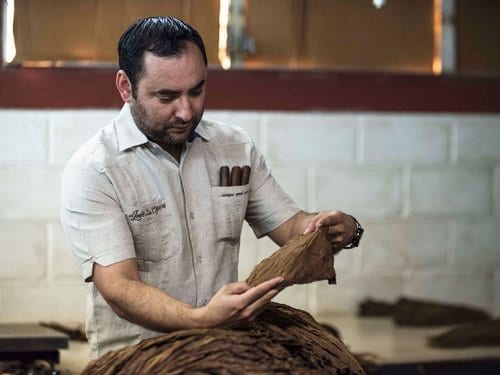 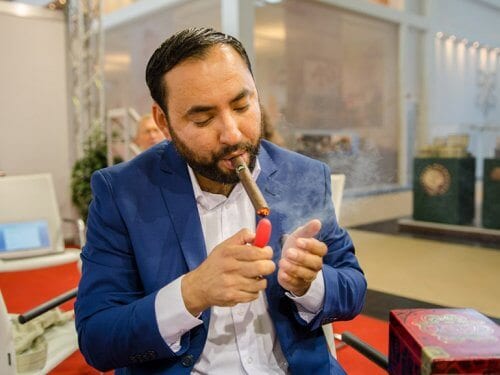 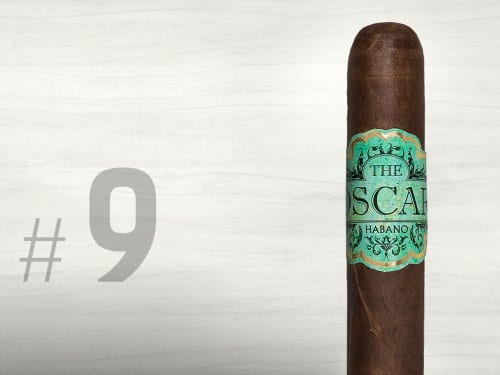