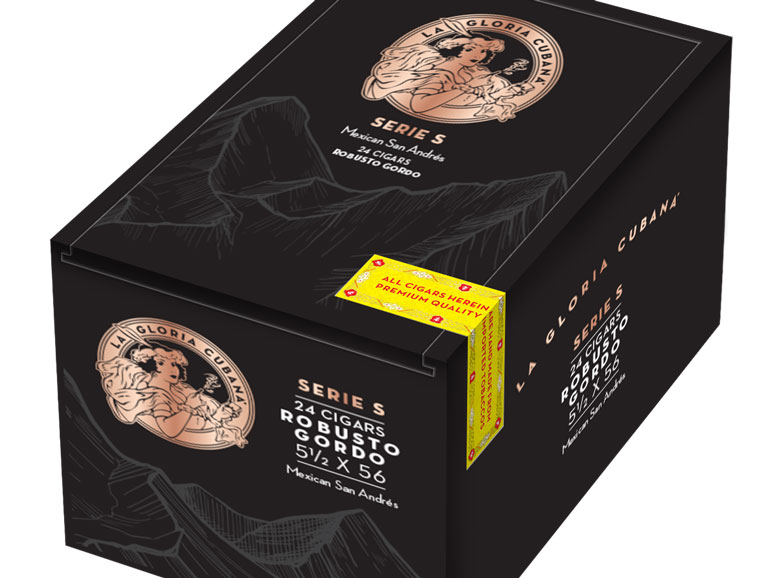 La Gloria Cubana will debut a new, full-time collection next month. Named “Serie S,” the line marks the first time a Mexican wrapper will be featured in a La Gloria blend.

Steve Abbot, director of marketing for La Gloria Cubana said, “Serie S combines large-ring formats, expert blending and fine craftsmanship in a medium-to-full-bodied smoke. We believe this new collection will be a well-received addition to the brand portfolio.”