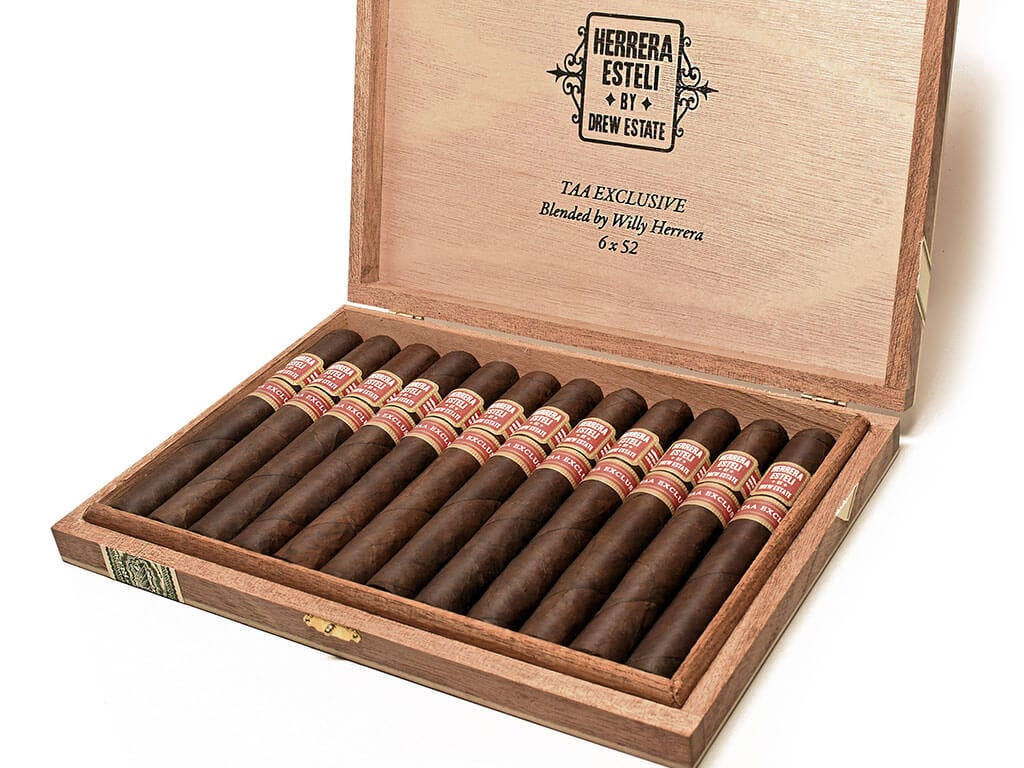 Drew Estate is launching a line extension within their Herrera Estelí line. The new cigar, called the Herrera Estelí TAA Exclusive, will be launched at the TAA Convention and Tradeshow, held March 6 – 10, 2016 in Puerto Vallarta, Mexico, and will begin shipping to TAA members in April 2016.

The new Herrera Estelí TAA Exclusive is a 6 x 52 vitola, packaged in 12-ct boxes, and will retail for $144.00 per box or $12.00 per cigar. The blend features a Connecticut Broadleaf wrapper, Brazilian Mata Fina binder, and Nicaraguan fillers and is blended by Drew Estate Master Blender Willy Herrera.

When asked about the new blend, Willy Herrera stated, “This is my first blend since joining Drew Estate that utilizes Connecticut Broadleaf tobacco. Drew Estate fans know that we’re famous for our use of Connecticut Broadleaf tobaccos, especially in our Liga Privada No. 9 and Nica Rustica lines. I’ve been experimenting with blends that incorporate this incredible wrapper since coming on board and finally have a blend I’m really excited about. I think anyone who’s a fan of my blends will definitely appreciate this cigar. Spicy, meaty, and rich – get ready!”

Chance To Win a Box For a chance to try a box of the new Herrera Estelí TAA Exclusive before they hit store shelves, enter the sweepstakes at http://drewestate.com/herrerataa.