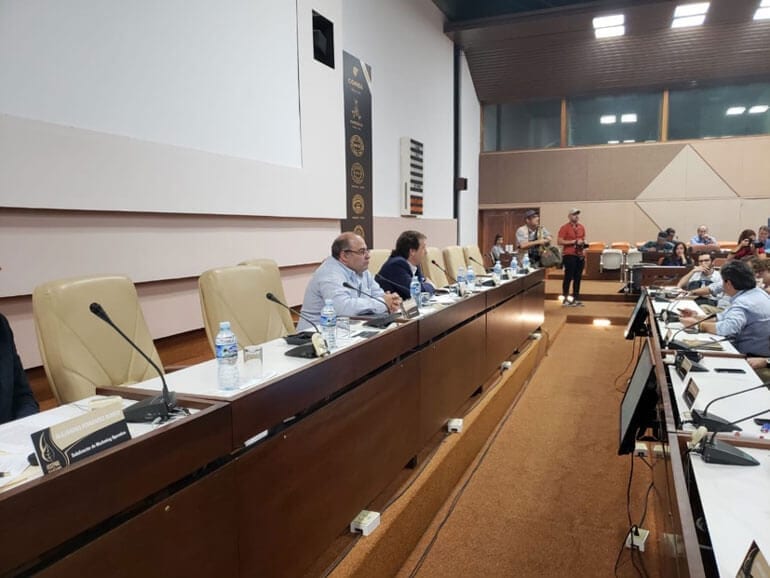 More than 2,200 people from 70 countries are gathering at Havana this week for the 22nd Habanos Festival. Habanos reported a 2% sales increase in 2019 and a total of 351 millions US-Dollars in revenues.

To open the Festival the company presented its new launches for the year. The traditional Romeo y Julieta brand launched a new line which will bring 3 new vitolas: Hidalgos (125 mm by 57 ring gauge), Dianas (145 mm by 52 ring gauge) and Nobles (135 mm by 56 ring gauge), this last one in a figurado shape. This new line will come in red lacquered boxes of 20 units.

The Linea de Oro will bring for the first time in the brand cigars with medium to full body.

Montecristo presented a new cigar celebrating the 85th anniversary of the brand. The Montecristo Herederos (162 mm by 47 ring gauge) comes in boxes of 20 units to be sold only at La Casa del Habano and Habanos Specialist shops around the world.

The Partagás brand was also rewarded with a new release for its 175th anniversary. A limited series of 450 numbered humidors containing 50 Partagás Tropicales (175 mm by 54 ring gauge) pays tribute for this prestigious Habanos brand.

For the Habanos Collection Series, this year selected brand was the H. Upmann. The Super Magnum (180 mm by 56 ring gauge) comes in boxes in shapes of books that identify the series.

For the second time Habanos will have a product commemorating the Chinese Lunar Year. The Year of the Ox (167 mm by 48 ring gauge) will be released in boxes of 18 units under the Hoyo de Monterrey brand.

The year of 2020 will have only one Limited Edition. The elected brand is the Partagás with the Legados (157 mm by 48 ring gauge) coming in boxes of 25 units.

For the first time the Reserva Series brings a Portifolio brand. The Bolivar Belicosos Finos (140 mm by 452 ring gauge) is made with leaves that have aged for 3 years and come in boxes of 20 cigars. All the previous releases in the series were by Habanos Global brands.