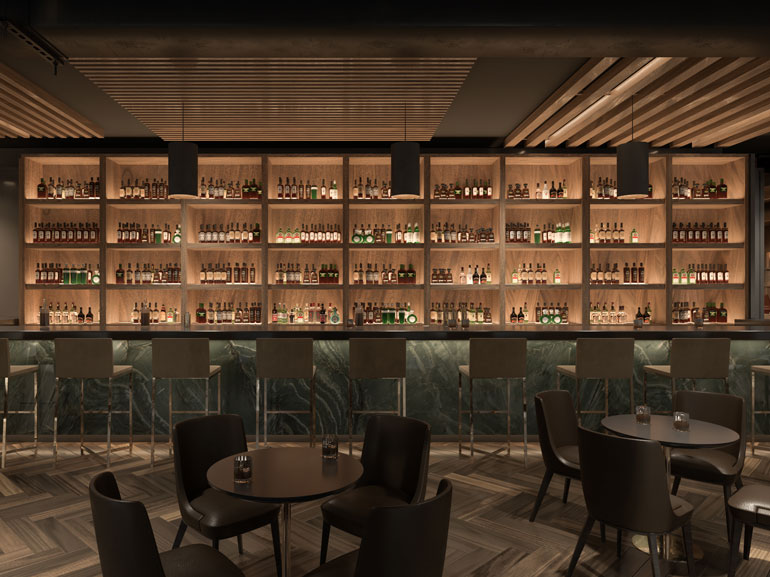 Empire Social Lounge is known as the premier cigar and whiskey lounge in South Florida. Both Brickell and Downtown Dadeland locations combined have won various awards to include “Best Cigar Lounge in the Nation” by Cigar & Leisure Magazine and 4 times been named “Best Cigar Lounge in Miami” by the Miami New Times. The brand is known for 5-star service, extensive inventory of super premium spirits, carefully curated cigar humidor, private membership program, and for its sophisticated atmosphere. The Empire Social Lounge Las Olas location will feature the above-mentioned elements, but it was felt that this location had to bring something a little different.

The proprietors felt it was time to raise the ante and brought in respected Italian architect Antonio Ventimiglia of the SM20 firm, based in Milan and New York, will add extra panache to the already sophisticated Empire Social Lounge brand. Steps from Ft. Lauderdale Beach, guests can enjoy the salty beach air and the energy of Las Olas Boulevard, as Empire Social Lounge Las Olas will boast a comfortable outdoor lounge.

Empire Social Lounge Las Olas will feature the same state-of-the-art-a air control system used by the Brickell and Downtown Dadeland locations. This innovative A/C replaces 100 percent of the air constantly to provide an environment which will curb smoke and create a comfortable environment for patrons.