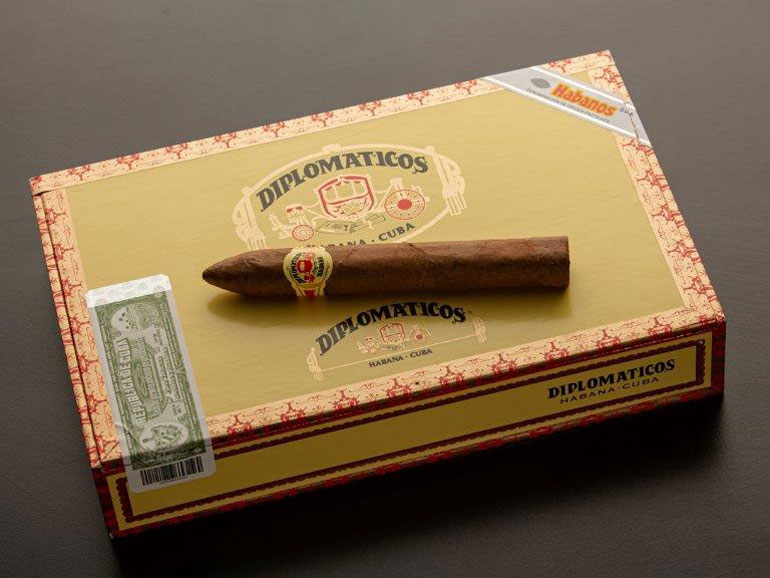 The Diplomáticos No.2. was officially presented during the XVI Encuentro Amigos de Partagás en Italia and the participants in the “Fiesta Cubana la Gozadera” had the privilege of being able to taste this novelty in advance.

Founded in 1966 under the protective wing of Montecristo, Diplomáticos has carved out a precise identity over the years, gathering a large number of expert admirers who have always appreciated its medium-light taste, production homogeneity and excellent workmanship.

At the time of their launch, there were only five formats, from No. 1 to No. 5, identical in apellidos de galera and de salida to those of Montecristo and H. Upmann. The historical link between these three great sister brands remains strong, as until today all of their cigars are made in the H. Upmann factory..

The only cigar still in current production is the Diplomáticos No. 2, one of the most appreciated and sought after since its inception, and which now Diadema is also making available in Italy for lovers of this extraordinary brand.