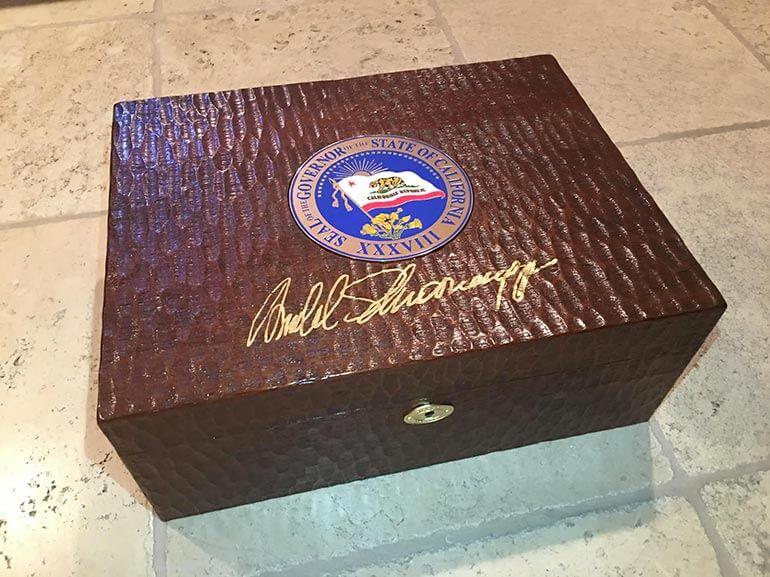 The Daniel Marshall humidor, originally intended for live auction, was pre-sold with the record-breaking 750,000 euro bid prior to the Gala during the preliminary release of the LDF Auction Catalog. The humidor and cigars were highly coveted by a Russian billionaire who could not attend the event and placed the record-breaking bid.

This “1 of 1” humidor, crafted in California, required four months to create, and was hand carved from solid American Alder harvested from a renewable forest. The design idea was Governor Schwarzenegger’s, as he wanted his humidor to evoke the look and feel of old wood beams and flooring reminiscent of his home in the mountains. The gold enameled Governor seal inlay on top of this masterpiece is unique. Unlike the consistency of the US Presidential Seal, the Governor’s seal changes with each Governor in office making the 38th Governor of California seal unique to Schwarzenegger.

During Governor Schwarzenegger’s two terms as the 38th Governor of California, Daniel Marshall created a very small number of these humidors, unique in size and design. The Governor used them as special gifts and auction pieces to raise money for charities including After School All Stars and the R20 Environment Foundation. Over the 20 years that Daniel Marshall has known Governor Schwarzenegger, Marshall has been inspired by the Governor and motivated to give back and create unique pieces for charity.

Inclusion of the Davidoff Special “R” Cigars carries a special meaning to Marshall. “I asked my friends at Davidoff to be a part of this historic humidor lot that I felt would make history. Davidoff has the vision and commitment to carry the legend, passion and lifestyle of fine cigars to the highest level of quality,” said Marshall. “Davidoff represents the absolute best and embodies all of the reasons why we love cigars. Their stores, lounges, and fabulous team worldwide are stellar. I believe we share a common vision with an obsessive commitment to excellence and the extraordinary.”

Marshall continued, “We are proud to partner with The DiCaprio Foundation and LDF Global Fundraising Chairman, Milutin Gatsby. Congratulations to Leonardo DiCaprio and his incredible partners and team for their vision and absolute commitment. It was our honor to be part of a wonderful evening that raised $45 million dollars for a vital cause, to protect our planet and implement renewable resources and energy to ensure health, safety and prosperity for our children and all future generations. One world, one people, one life.”

Recognized as the United Nations Messenger of Peace, DiCaprio and his Foundation are dedicated to the long-term health and well-being of all Earth’s inhabitants. “We’ve decimated our forests, wildlands, polluted and over fished our rivers and oceans; all the key ecosystems that not only serve as a home to our planet’s biodiversity, but also make life here for us possible,” said DiCaprio. “I’m incredibly proud to be part of a night that will allow us to do so much to protect the planet.” 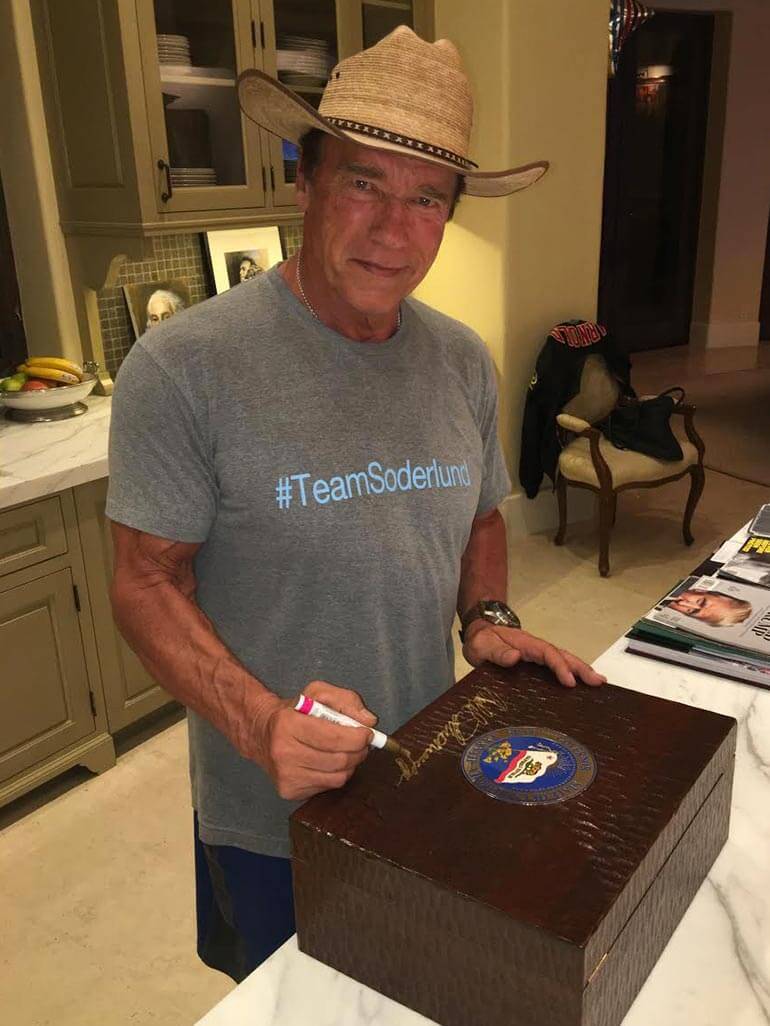 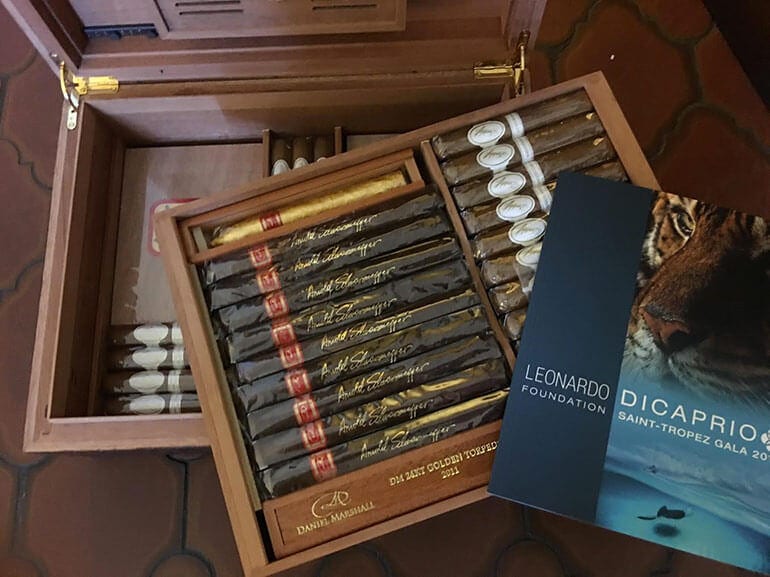 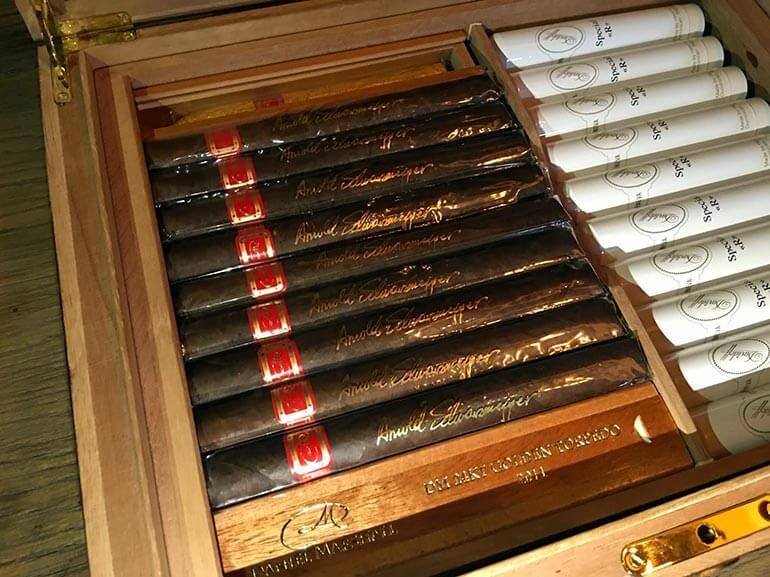 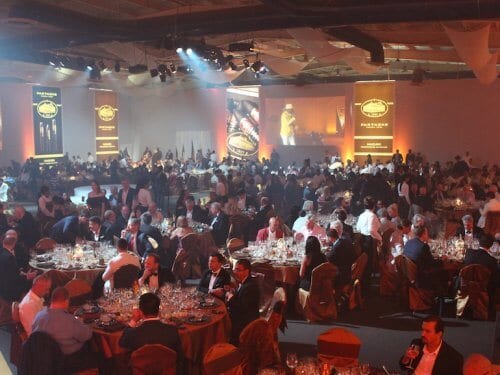