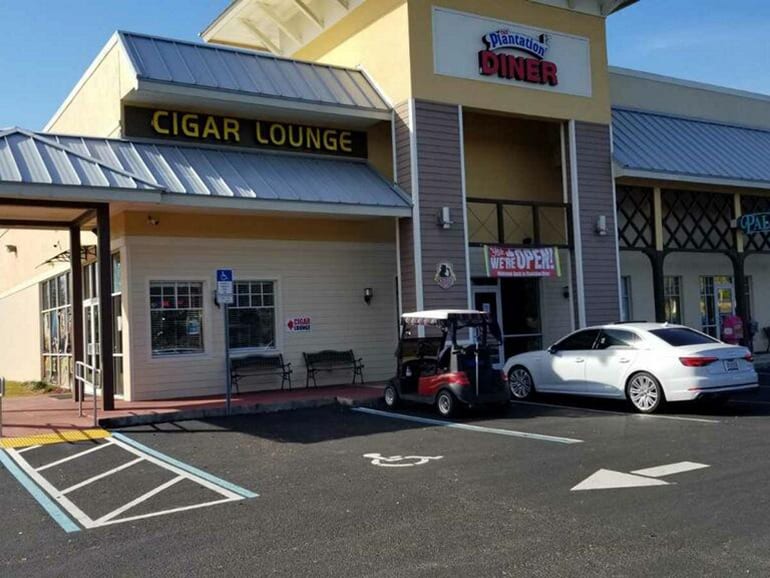 The state of Florida has seen incredible growth over the last thirty years.  It started off on the coasts, but of course after a while that land became more and more expensive and harder to find.  So in time, people started turning to the interior of Florida to plot their permanent getaway from the freezing cold temperatures of the North.  One region of Florida in particular that is very attractive is what is known as “The Lake District.”  Just a bit Northwest of Orlando lies a plethora of charming little towns that have everything one could possibly want, including mild winters.  Obviously, due to the close proximity to so many lakes, there is a ton of lakefront property here, so one can have the coveted waterfront property that all Floridians want, as well as the charm of small, but elegant, town America.  Located in the heart of Lake County (quite the apropos name) is just one such town called Leesburg.  And in Leesburg, you will find the ever-so-pleasant Cigar Lounge Leesburg.

Ali Jawad is the wonderful renaissance man who owns and runs the lounge.  When he is not out flying his plane or running one of his other stores, he is present at the lounge for some guidance on a good cigar and some insightful conversation.  Ali opened the lounge in 2018 and since then he has built up quite a following in this charming Central Florida town.  So as you chat with Mayor Jawad, you can burn some tobacco and let your cares go elsewhere.

There is a discount for anyone who buys five cigars or more, and that adds to the already remarkably low prices that the lounge has each and every day.  Beer and wine are available at the bar as well as coffee and soft drinks.  There is a gorgeous pool table in the back for those who would like some billiards with their stogie.  There is also an incredibly well stocked humidor which has a great variety of boutique brands as well as some of the favorites from the larger companies.