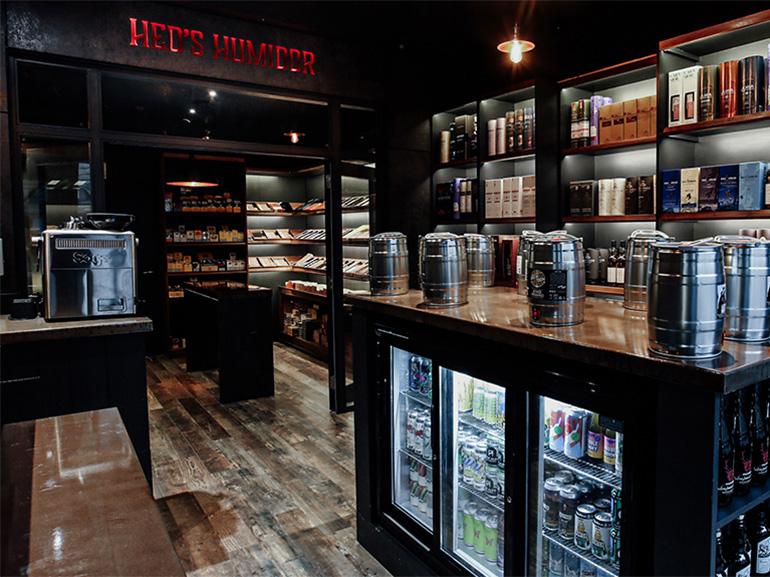 Bill and Paul West, the father and son team behind Aberdeen’s famous CASC Bar, have opened a new CASC Shop in the city and now offer their Cigars, Ales, Scotch and Coffee – CASC – to take away.

Their latest venture actually offers considerably more than the name suggests. The shop boasts a well-stocked walk-in humidor, over 150 varieties of Scotch whisky including many rare expressions.  It also has a comprehensive selection of specialty spirits including gin, mezcal, rum, tequila, and a full range of craft beer. Coffee, using a unique blend from roasters in Glasgow, is also on offer.

CASC bar opened in December 2013 and was created in response to a gap the West’s had found in the market. As Paul says, “There were whisky bars out there, the odd craft beer bar, various cigar lounges and thousands of cafes, but nowhere that had all four under one roof. We wanted a solution to our problem and CASC was it.”