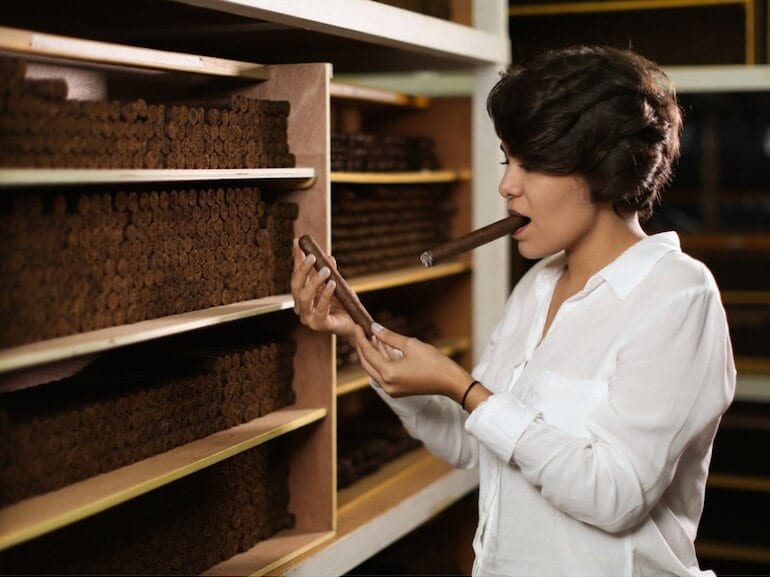 There is a new face and cigar on the scene at Ventura Cigar Company. Introducing PSyKo SEVEN Nicaragua by Indiana Ortez, rising cigar industry star, and daughter of tobacco industry icon Omar Ortez. Set to debut at TAA 2019, this collaboration is an addition to the popular PSyKO SEVEN brand, and offers a fresh, bold point of view from the young blender. Indiana Ortez was also the master blender behind Ventura Cigar’s Fathers, Friends, and Fire limited edition cigar, which earned industry praise when it arrived in Spring 2018. With the success of the Fathers, Friends, and Fire blend, Ventura Cigar Company teamed up with Indiana Ortez again, this time to bring PSyKo SEVEN Nicaragua to life.

Indiana spearheaded the project with her trademark enthusiasm and expertise, testing blend after blend to get exactly the essence she was looking for. The result is PSyKo SEVEN Nicaragua; offering rich, nuanced flavors that constantly evolve throughout the smoking experience.

“Whenever you want to create a new blend, you need to depend on your intuition,” says Ortez. “It’s like a recipe- you can’t force making something that’s truly great. If you enjoy the process as you go through it, your intuition will guide you.”

Indiana has been part of the industry since she was a child, inspired by her father’s passion and relentless perseverance, which was handed down from his own father. PSyKo SEVEN Nicaragua is hand-rolled in the Ortez factory, Condega Nicaragua, and is wrapped in a 2007 vintage Desflorada wrapper as a nod to the stories of those working within the tobacco industry before her.

“Every cigar has a story to tell,” says Indiana. “Every puff from a favorite cigar is the story behind the growers, the workers, the blenders- the people who have dedicated their lives to the craft.”

“Indiana has such vision,” says Michael Giannini, General Manager at Ventura Cigar Company. “She has a genuine, organic understanding for the nuances of tobacco, and knows how to bring it to life so the smoke can be enjoyed to the fullest. She’s a real talent, and we’re so pleased to be working with her and getting her passion and story blended into our PSyKo SEVEN Nicaragua cigar.”