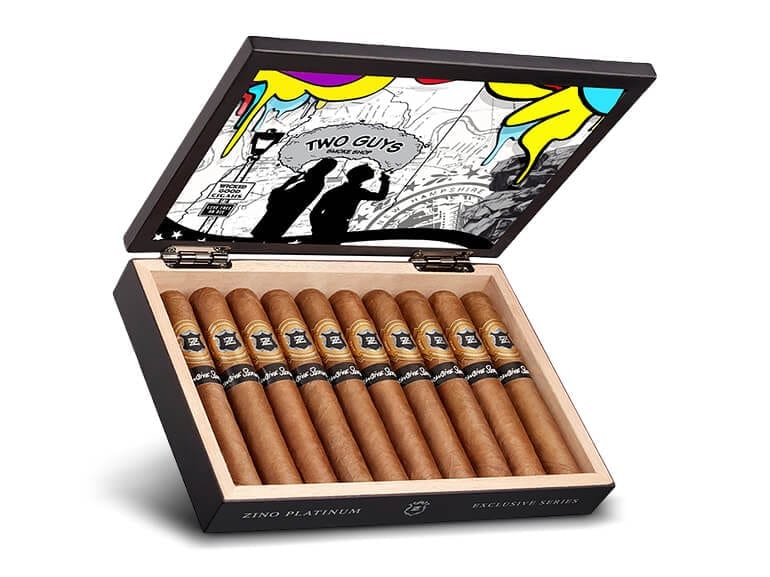 These cigars come in one size measuring 5 ¾ x 54 with an Ecuador Habano wrapper over a Dominican binder and fillers from Nicaragua and the Dominican Republic.

In 2016 Davidoff hired street artists Mike Baca & Fernando Romero for the remake of Zino Platinum. In April of 2019 the duo completed their artwork on the outside of Two Guys Smoke Shop in New Hampshire during a series of events. Now, that artwork makes it to the box.

According to David Garofalo owner of Two Guys Smoke Shop, “We had scheduled a big event with the artists, but due to COVID-19 we had to obviously scrap those plans. It’s a changing world, but one thing that hasn’t changed is the great tobacco used in Zino cigars. It’s an important escape in these trying times, and we wanted to bring this release to you on it’s scheduled release date.” 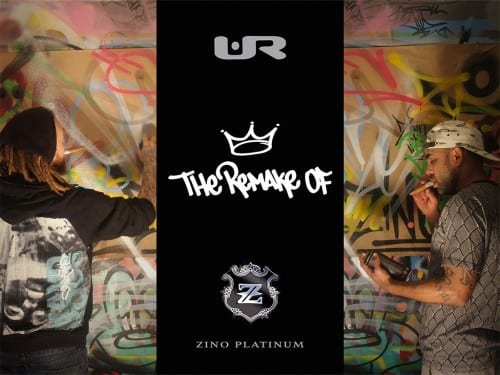