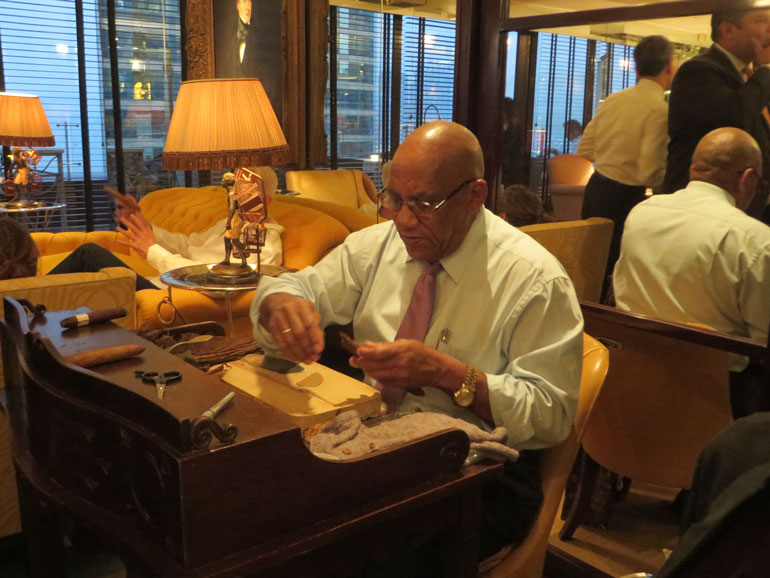 Sad news from Cuba arrived mid-May with the passing of an industry legend. Known to many in the global cigar industry, but especially the Asia-Pacific region, Crisanto “Santo” Cardenas, the master blender and head torcedor for Roberto Duran Cigars passed away.

Santo joined Roberto on many tours around the world, in particular Asia, with rolling tours conducted in Hong Kong and Kuala Lumpur.

I first met Santo for an event hosted by Trinidad Cigar Co. Malaysia in late 2017 and have fond memories of a larger-than-life character who was always jovial, more often than not filling the room with laughter and his cheeky smile.

In my 2018 story on Roberto Duran Cigars for Cigar Journal, Roberto mentioned their strong bond which goes back almost 30 years. “Crisanto was the head torcedor of the Partagas factory in Havana when I first went there to learn more about tobacco in my role with Habanos. When I needed a master blender and torcedor for Roberto Duran cigars, he was the first person I called.”

Upon joining the Roberto P. Duran Premium Cigars team as their Master Blender, Duran Cigars unveiled the Limited Edition Roberto P Duran Salomon rolled by Santo at the 2015 IPCPR in New Orleans. At the time, Roberto Duran, said, “Santo Cardenas is one of the very top Cuban cigar rollers of all times.  When it comes to the Salomon vitola, he is perhaps second to none.  It is only natural to see that he has chosen the Salomon to be the first vitola to carry his signature.”