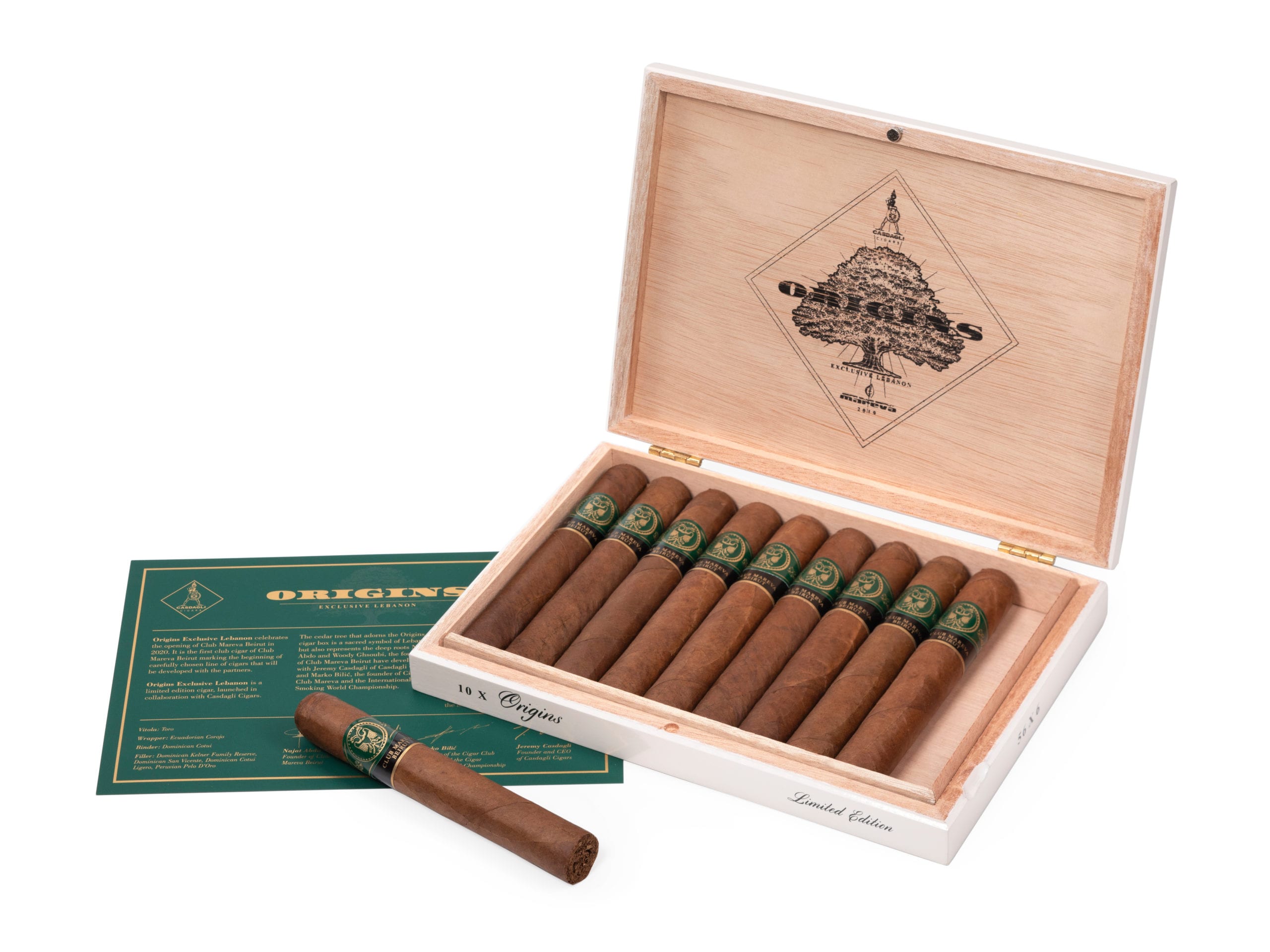 The cedar tree that adorns the Origins cigar box is a sacred symbol of Lebanon but also represents the deep roots Najat and Woody have developed with Jeremy Casdagli, the founder of Casdagli Cigars and Marko Bilić, the founder of Cigar Club Mareva and the International Cigar Smoking World Championship.

“Due to my family origins and heritage in the Middle East I am extremely excited to be developing a unique line of cigars to cater for the discerning tastes of this region. Moreover having created a whole line of club cigars for Club Mareva Split, it felt only natural to design a club cigar to its sister club in Beirut “explains Jeremy Casdagli.

“It was a truly remarkable experience working closely with Mr. Hendrik Kelner Jr and Mr. Jeremy Casdagli of Casdagli Cigars. The process of choosing our tobacco, checking the different bales at the Kelner Boutique Factory (KBF) warehouse, getting to meet the rollers and overlooking the extraordinary operations at the factory,” says Woody Ghsoubi.

“As many know, Woody and I are inseparable from cigars, a passion that has evolved on us for over 10 years now. The experience of choosing a blend and watching it evolve over 3-month periods repetitively is priceless and has taught us a lot. Together with Jeremy and Marko Bilić, we worked closely on all the details, from the magnet-closing box design, insert, label and story behind the cigar. We are truly honored to work with such great people in the industry and have created the Origins, the first club cigar for Club Mareva Beirut. Together with our members in Beirut we plan on working on many similar projects in the future,” adds Najat Abdo.

The release of the Origins is restricted to 2,500 cigars. Each of the 250 boxes, containing 10 cigars, are numbered and bear the signatures of Najat Abdo and Woody Ghsoubi, the founders of Club Mareva Beirut.