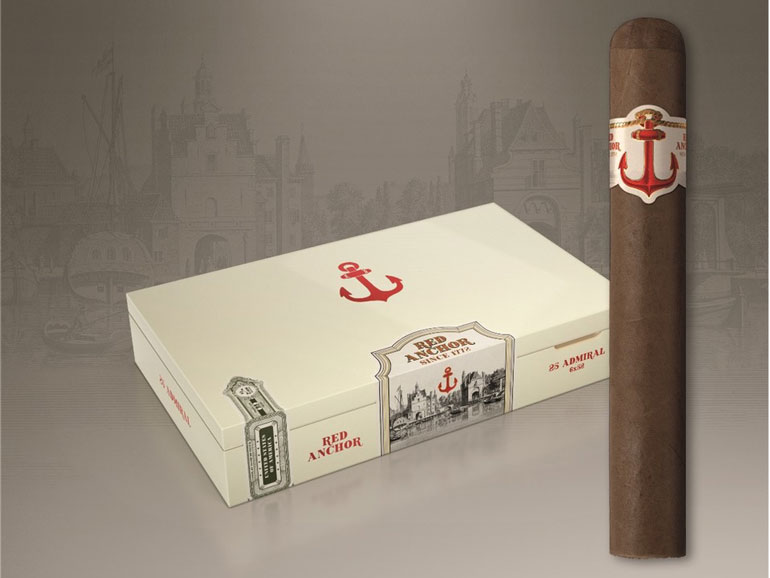 Red Anchor was the start of the boutique cigar industry when the line originally released in 1772 in Holland. Next month the line will once again line the shelves of retailers as the Red Anchor Admiral begins shipping to United Cigars retail partners. Red Anchor cigar was the first boutique cigar brand to adorn a cigar band and at this year’s Premium Cigar Association Trade Show in Las Vegas, United Cigars sold out the 250-box production to celebrate the Red Anchor lines 250th Anniversary.

“I am very honored and proud that our cigar factory was given the opportunity to relaunch this historical brand,” said KBF Owner Hendrik Kelner Jr. “We made a blend using some of our best family farmed tobaccos, this was a personal cigar project, I wanted to involve the family as much as possible.”

“Every aspect of Red Anchor has been carefully crafted to properly encapsulate the 250-year history,” said Oliver Nivaud of United Cigars. “Working closely with Hendrik Kelner Jr. and the KBF team has been very smooth, this is a perfect marriage.”

Red Anchor is alive once more as United Cigar has partnered with the Kelner Family to blend the cigars at KBF in the Dominican Republic. The Kelner family has not only had a wonderful and impressive history of cigar making in the Dominican Republic, but their roots are from Holland where Red Anchor began. They will give Red Anchor the attention and respect it deserves, making them the perfect partner in this project.

The initial launch was limited to 250 boxes of 25 cigars. The 2022 production will come in one vitola, a 6 x 52 called the Admiral with a suggested retail price of $25.00 per cigar or $625 per box. Red Anchor is medium plus in body and medium in strength. The Red Anchor Admiral will begin shipping to retailers the first week of September.

United Cigar began as a US based cigar store chain in 1901 growing to nearly 3,000 shops. United Cigar eventually became part of the corporation that bought Marvel Comics in 1968. The United Cigar

Cigars proudly features its own brands including the quick-selling bundle line Classic, La Gianna Havana, and their flagship brand, United. 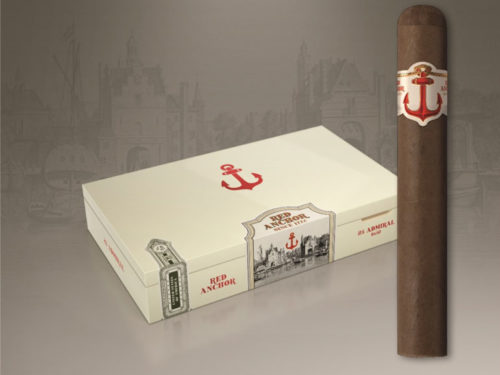