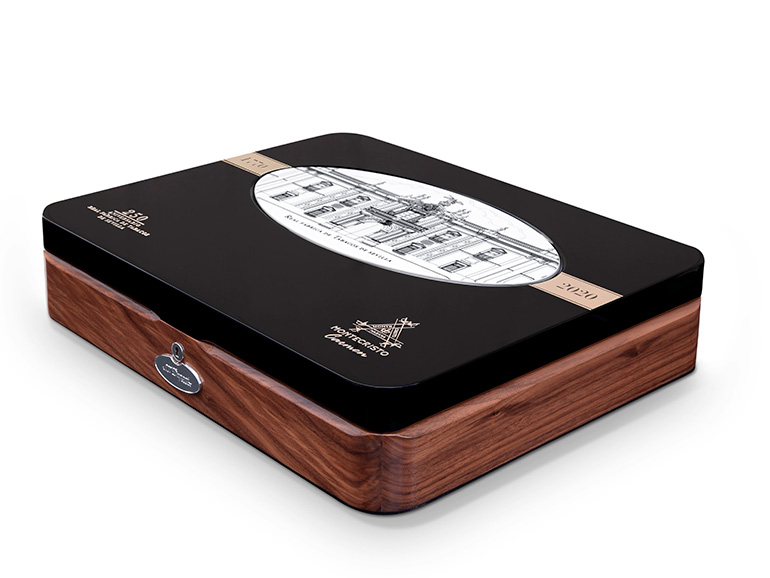 It is a limited and exclusive edition for the Spanish market made in collaboration with ST Dupont and La Cartuja de Sevilla – 250 humidors that each contain 100 Habanos. The cedar of its entrails and the walnut of its bark are works by ST Dupont. La Cartuja de Sevilla puts the finishing touch to these humidors with the beautiful reproduction of the tobacco factory on its lid.

The vitola de galera chosen for this humidor is Pacos (ring gauge 49 x 180 mm), never used within the brand, and is called Montecristo Carmen. The cigars have been made in the H. Upmann factory in Havana by a group of five of the most expert cigar rollers. The cigar is dressed with two special rings that accompany the main one of the brand, one of them with the name of the vitola and the other with the design of the main facade of the factory. In addition, each humidor is accompanied by a carefully edited book that deals with the Montecristo brand, the history of the factory, the Sevilla cigar makers, the myth of Carmen and the collaborators who have made this collector’s item possible.

The exclusive Montecristo Carmen 250th Anniversary edition of the Royal Tobacco Factory of Sevilla is available at a price of EUR 30.000,– per humidor.