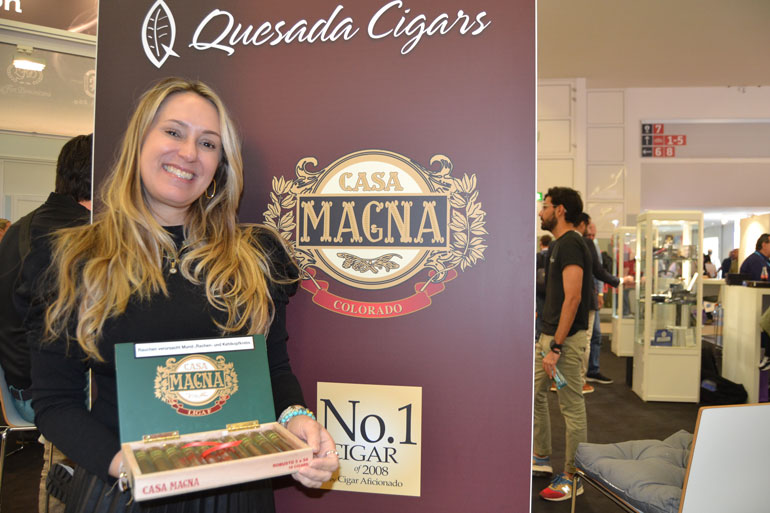 Raquel Quesada presents the new Casa Magna Liga F at Intertabac, the brand’s first cigar made in the Dominican Republic.

Quesada Cigars has reached an agreement with Cigaragua, by Sasja Van Horssen, for the distribution of its cigars throughout the EMEA territory (Europe, Middle East, Africa). Starting in October, Cigaragua will function as a logistics center for Quesada Cigars (Quesada, Casa Magna, Vega Magna) for international markets. In addition, within this new policy of reinforcing its international presence, Raquel Quesada has announced its commitment to the Casa del Tabaco for the distribution, promotion and retail sale of its brands in Spain.

Raquel Quesada is present at Intertabac 2022 with all her traditional portfolio and a novelty: Casa Magna Liga F. “F for “Fuerza” (strength)”, Raquel assures, “we have increased Casa Magna a point of intensity, with a seed layer Corojo, Ecuador , Dominican binder and Dominican and Nicaraguan filler”. The new series will soon arrive in the main countries, in two formats: a robusto      5 x 54 (127 mm x 54) and a 6 x 52 toro (152 mm x 52) at a price of around 9.00 euros ( the robusto).