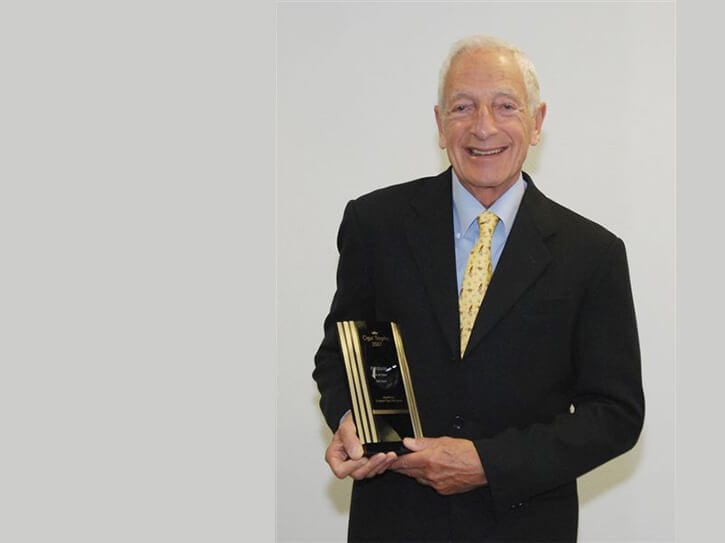 George Gershel, age 89, passed away peacefully on September 20, 2019  at his chalet in the Swiss Alps  in Rougemont, Switzerland.  Yolande, his loving wife and  partner of almost 42 years was at his bedside.   George has been fighting a non curable disease  for many years and it finally caused his demise.

In addition to his wife,  he is survived by two daughters, a son and numerous grandchildren.

George was a fourth generation tobacco man born in Hartford  from the heart of the Connecticut Valley.  He was recognized  thru out the tobacco world as a man who knew his tobacco, impeccable morals, his handshake was better than a contract and he always treated tobacco vendors fairly while protecting his employers.

George graduated from Cornell University, did a tour in US Army in Korean Conflict.   He started working for Consolidated Cigar in 1961.   George retired at the end of 2008 from Altadis USA (the successor to Consolidated Cigar) after being promoted thru the 47 years to the position of Executive Vice President of Tobacco.