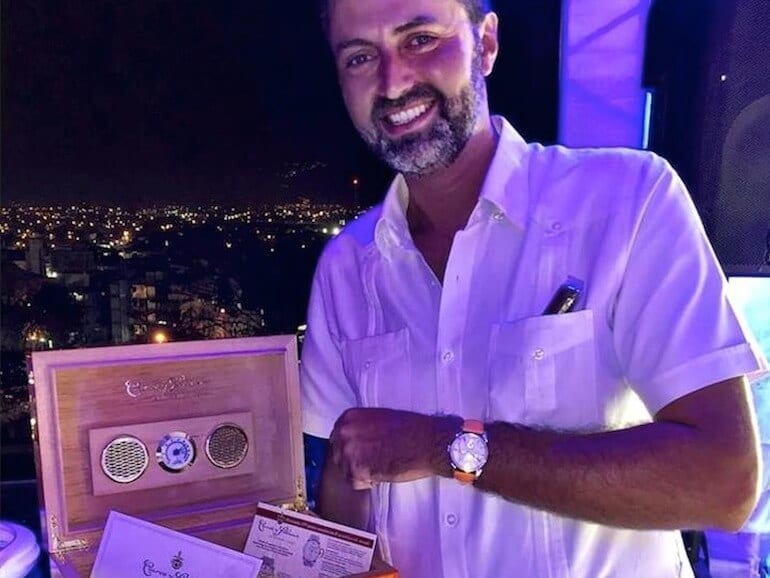 The CSWC qualification tournament in the Dominican Republic ended to be an exciting battle between China and Argentina. Argentina’s Alberto Ianardi won with 128 minutes of smoking time. The grand prize was a Limited Edition Macanudo watch made by the Swiss watchmaker and official timekeeper Cuervo y Sobrinos. Alberto Ianardi is a  cigar sommelier by profession and a member of the International Cigar Sommelier Association.

The CSWC qualification tournament was held – for the second time – during the Procigar Festival in the Dominican Republic. Procigar and CSWC are official partners. Germany’s Hauke Walter, the 2018 World Champion, was present as he had won the trip to the festival, all expenses included.