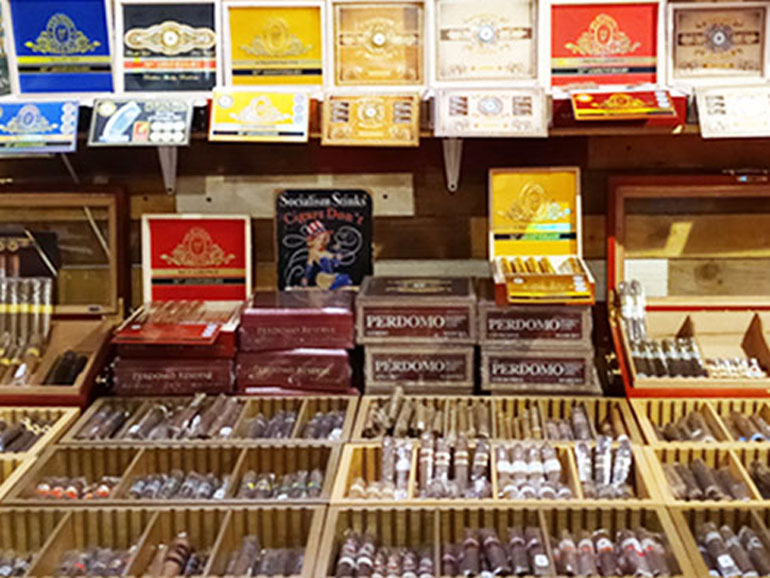 Down south along the foothills of The Rocky Mountains in Colorado lies beautiful Colorado Springs.  Just as you enter the city from Denver on I-25, you’ll find Zen Cigar Lounge right off the first exit.  The building is as white as the driven snow and blends in beautifully with the majestic mountains in the background.  Owner and Zen Master Richard Monroe has added a new and needed dimension to the Colorado cigar scene with a peaceful sanctuary for some great, courageous people who are serving the country they love.

With several military bases as well as the Air Force Academy nearby, there are many current and former service members that are regulars at Zen.  This is in addition to those who serve society as police or federal agents as well.  It goes without saying that when you are enjoying a cigar at Zen, you are in one of the safest places on the planet.

With the bravery and courage of the Zen clientele also comes a big heart.  All are welcome at Zen, which is open 365 days a year!  On Sundays Richie and the boys collect and purchase food from many of the local grocery stores and they set up a food bank out front of the lounge.  This offering by the fine gents at Zen is for anyone who is hungry, down and out on their luck, or just needs a helping hand.  In addition to being a great place to smoke and relax, Zen is an integral part of the community and a beacon of hope for those who may be struggling.  The humanitarian bar has been set pretty high by the lads at Zen, it is now the task of the rest of us to follow.