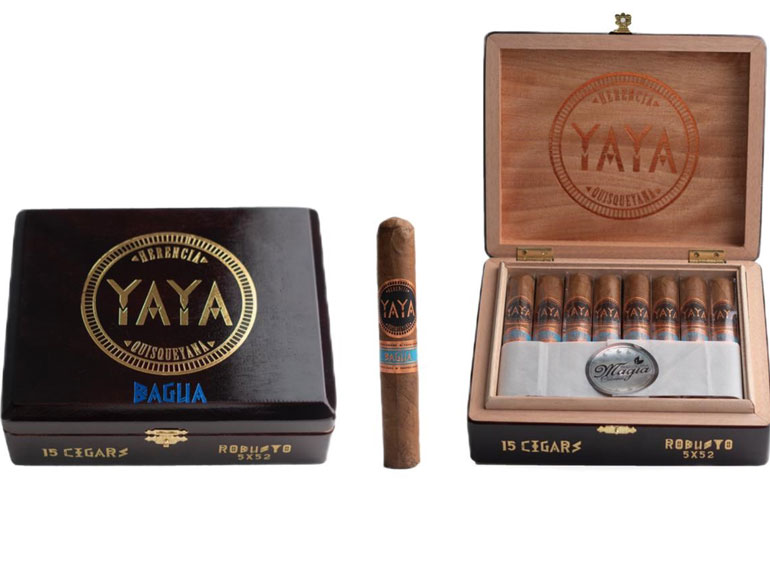 The new YAYA premium cigar line from CigarZona will not only have its US launch at this year’s PCA (Premium Cigar Association) trade show in Las Vegas, NV but it will also release a show exclusive: YAYA Short Robusto. This year’s PCA will be a special one for United Cigars as this will be their first-time back exhibiting since 2019 with an even greater presence. YAYA landed in the United portfolio after its hometown launch in 2021 that then led to a branded lounge in owner Carlos Guillermos’ backyard.

“This YAYA blend comes after three years of sampling tobaccos from the Cibao Valley,” said Carlos. “My heart was set on a blend that could be appreciated at any time of the day. This is that blend and after resting the cigars for 6 months they are ready for the everyone to enjoy.”

Rolled at the Tabacalera Magia factory in Santiago, the YAYA line will be released in three vitolas with the PCA Exclusive Short Robusto (4 x 54) available only to attendees of the show. Packaged in beautifully lacquered boxes of 15 cigars, the YAYA Robusto (5 x 52), Toro (6 x 54) and Gordo (6 x 60) will be shipping to retailers in July. Using three unique Dominican tobaccos as the filler and a Dominican Cubano binder the YAYA completes its line with an Ecuadorian Habano wrapper to round out the experience.

United Cigars has started taking orders for YAYA but the YAYA PCA Exclusive Short Robusto will only be available to their retail partners that attend the show. YAYA will have a retail price between $8.99 and $9.99 for single or $134.99 to $149.99 per box.

United Cigar began as a US based cigar store chain in 1901 growing to nearly 3,000 shops. United Cigar eventually became part of the corporation that bought Marvel Comics in 1968. The United Cigar chain represented the interests of the Consolidated Tobacco Company, the tobacco trust that controlled the American Tobacco Company.