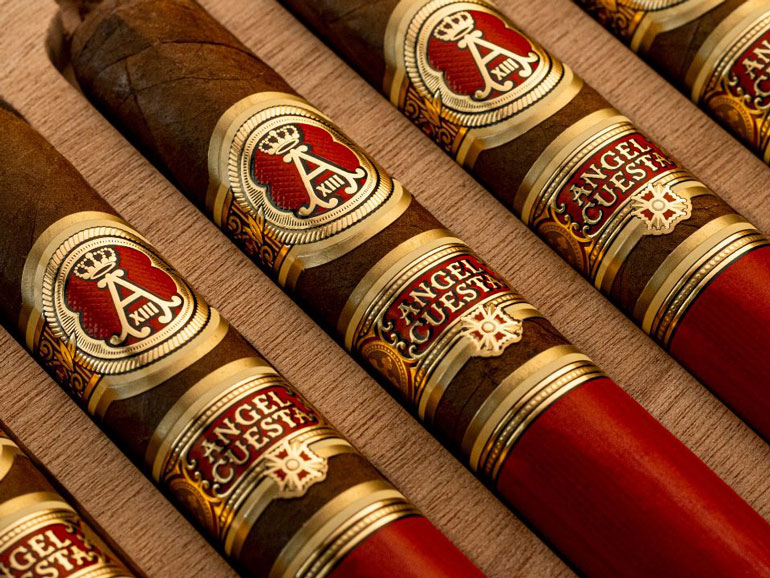 Angel Cuesta is a new boutique cigar hand rolled in The American Room at J.C. Newman’s 112-year-old El Reloj cigar factory in Tampa, Florida. These special cigars are named in honor of Angel Cuesta, one of the two co-founders of the iconic Cuesta-Rey cigar brand. A native of Spain, Angel Cuesta was friends with Spain’s King Alfonso XIII and helped build Cuesta-Rey’s cigar factories in Atlanta, Tampa, and Havana.  Angel Cuesta cigars are rolled with an Ecuadorian Havana wrapper and a blend of very well-aged binder and filler tobaccos. The cap of each cigar is rolled to form an angel’s halo.