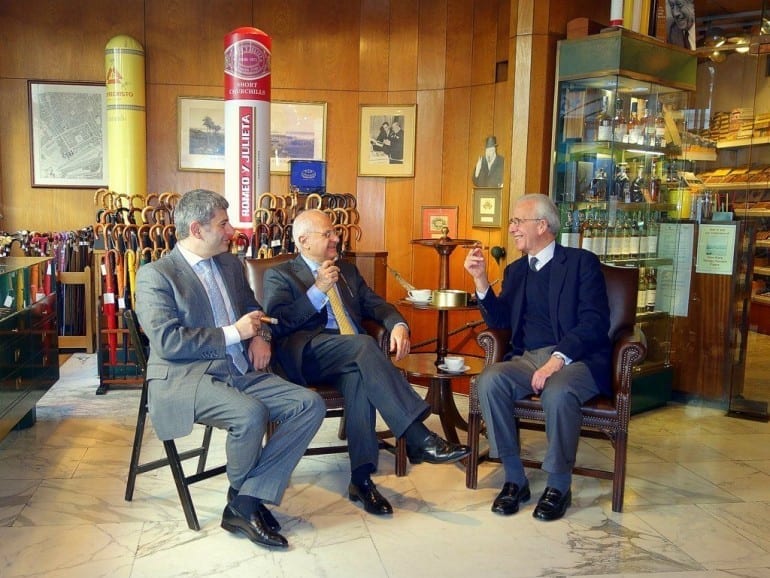 On Friday after Christmas, Simon Chase found himself in St. James’s Street, where on the corner lies Davidoff of London. Usually he would have called in advance to see who was in, so imagine his delight when he found Edward Sahakian, the proprietor, and his son Eddie there to greet him. For the next hour and a half he enjoyed a discussion on the state of the cigar world, which he shall treasure for a long time.