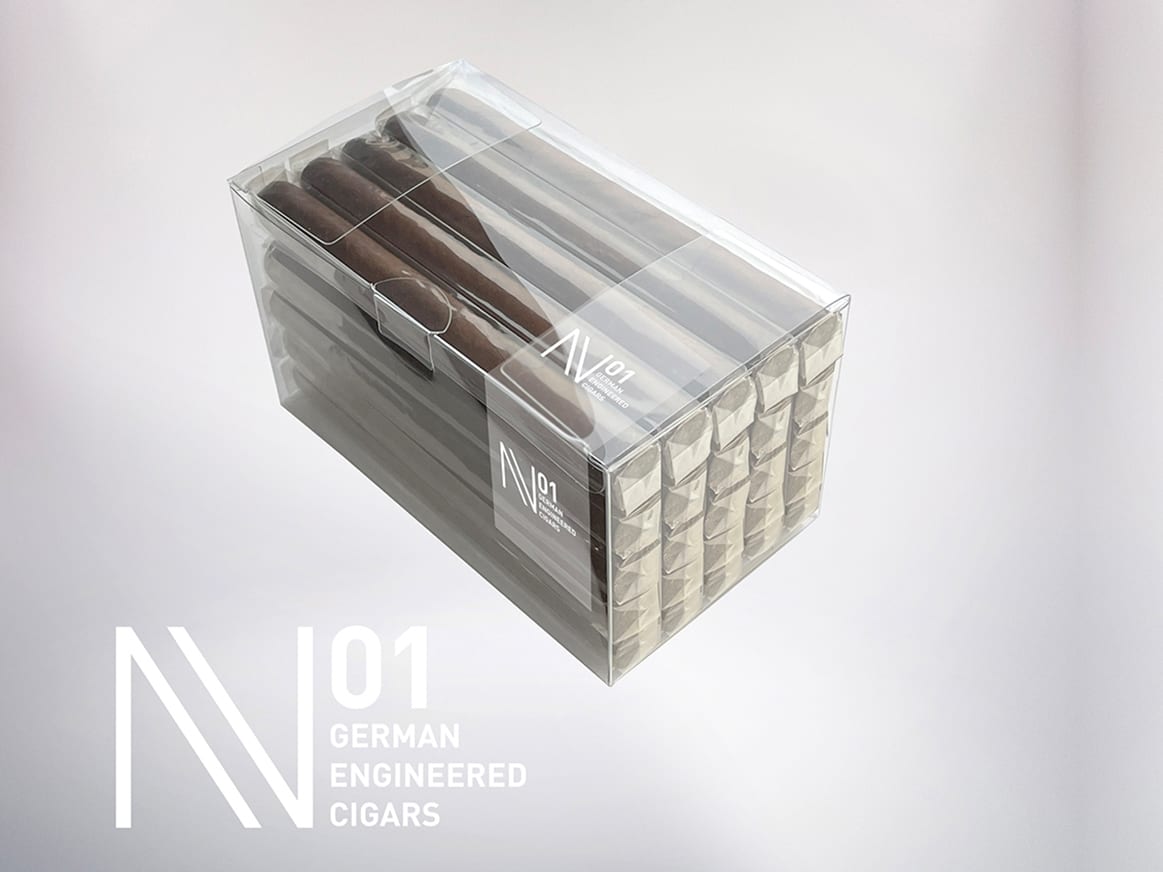 Rauchvergnügen | German Engineered Cigars are introducing NN, a very reduced cigar concept and … no name, no fancy pictures, no artsy boxes, no distracting story and not even any information on the blend. It is called NN which is short for „non nominandum“ or „not named“.

The first blend – NN01 – will be limited to a total of 5.000 cigars, in boxes of 25. Once sold, the company intends to create a new blend, making NN a series of surprising cigars. NN01, is hand-rolled at Tabacalera William Ventura in the Dominican Republic. It Is available in a Churchill size only (7 x 48) with an MSRP of USD 8.90 per cigar. NN01 is scheduled to be available in January 2021.

Originally the company entered the U.S. market as RVGN Rauchvergnügen. A few months ago, they founded German Engineered Cigars. This new company serves as an umbrella for boutique cigar lines and the KENTRON ashtray project. The owners will continue their brand RVGN Rauchvergnügen and plan to introduce additional lines of cigars in 2021.