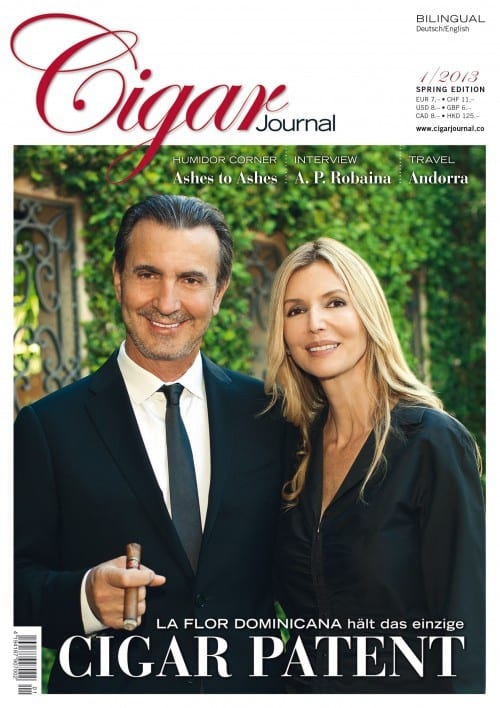 The cover of the 2013 Spring issue of Cigar Journal shows La Flor Dominicana; we met the power duo Litto and Ines Gomez, the names behind the Dominican premium brand, and talked with them about ligero tobaccos, innovation and the hitherto only cigar patent in the world.

In other stories, columnist Simon Chase tells of how he earned the honour of leading the annual humidor auctions as part of the Habanos Festival. Australia correspondent Samuel Spurr reports on the effects of the plain packaging laws in force in the country and the everyday life of a cigar smoker in one of the strictest countries in the world. We also spoke with Alejandro Robaina’s nephew Armando Pereda Robaina, who is now stepping out from the shadow of his legendary uncle. Claudia Puszkar tells about the rise and fall of the Hupmann family.

The following is an overview of the contents of the 1/2013 edition.