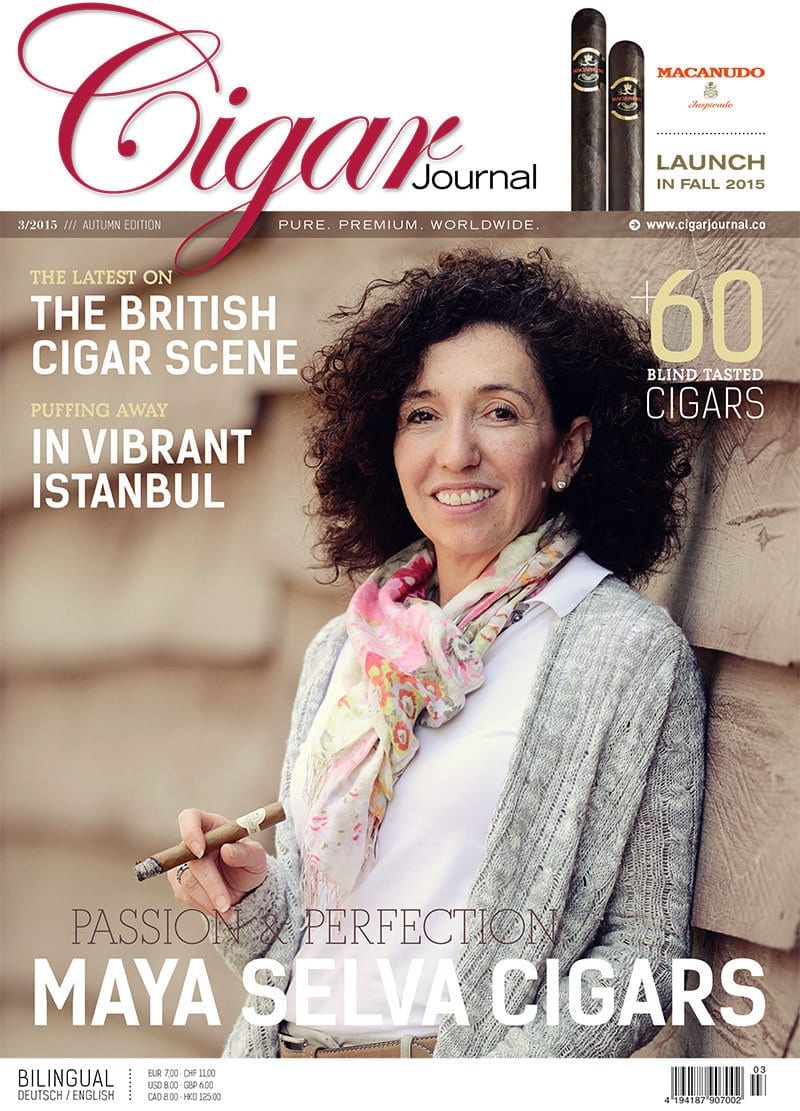 For our Fall 2015 issue, we met with Maya Selva, Europe’s most prominent female cigar manufacturer. We spoke with the Franco-Honduran cigar luminary about how she got her start, global expansion and the potential of her homeland, Honduras.

Other topics in this issue: Omara Portuondo, diva of the legendary Buena Vista Social Club, talks about her role as a Habanos ambassador. Colin Ganley reflects on the political developments between Cuba and the US, and the need to see Cuba “before the Americans come.” In honor of Montecristo’s 80th anniversary, Simon Chase outlines the brand’s history and its development. Simon Lindh researched Estelí’s many small cigar factories, giving us a glimpse into the life of a married couple that has been working for Padrón since the 1970s. And, of course, we smoked some cigars for you. Among our 60 blind tastings, the new Davidoff Escurio and the Dunhill Heritage found themselves with top rankings; the roster also included Cuban classics and new launches like the Balmoral Añejo XO Petit Robusto.

The following is an overview of the contents of the 3/2015 edition.