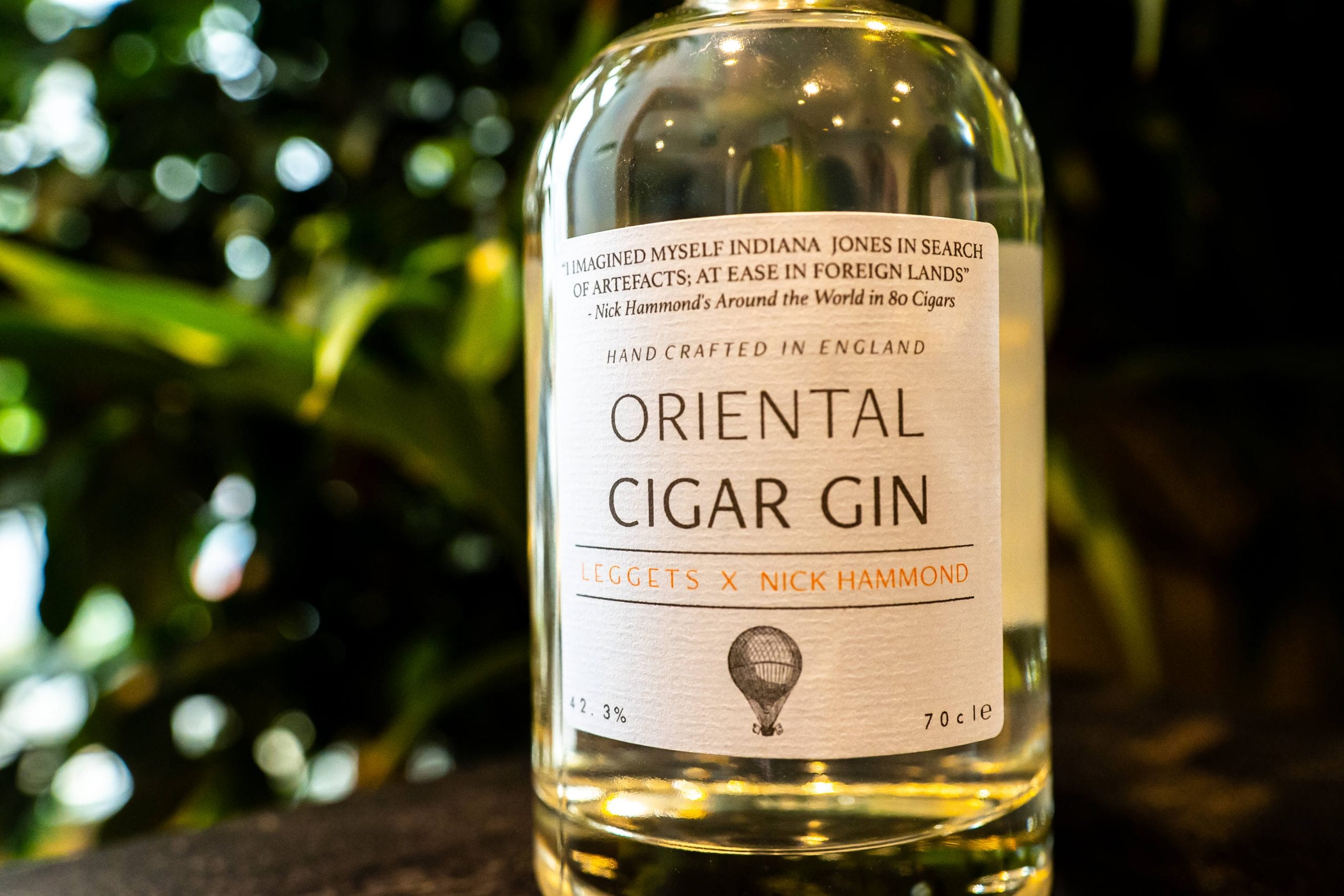 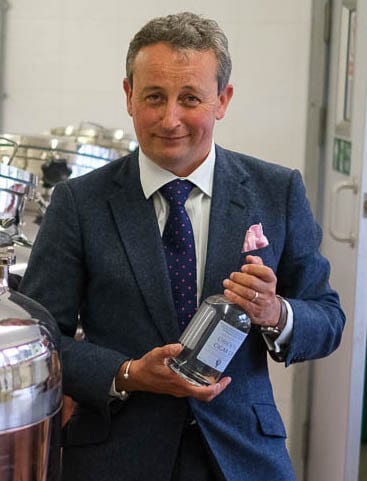 Nick Hammond – author of Around The World in 80 Cigars, host of the podcast of the same name and long-time Cigar Journal writer – has launched a brand new cigar gin.

Hammond has personally blended the gin for luxury English label, Leggets, as part of a new series of collaborations which will bear the Leggets x Nick Hammond label. The spirit is believed to be the first ever gin specifically designed to accompany a fine cigar.

‘If I’m honest, I’ve never had a lot of success pairing gin and cigars in the past, although I know a lot of cigar lovers often put the two together,’ said Hammond. ‘But it was nothing short of luck which brought me to a conversation with an eminent British gin distiller one day and it got me thinking. Since then, we’ve worked painstakingly to create something really unique; something we feel does both cigar and gin justice, without one overpowering the other.’

Oriental Cigar Gin, which is being produced in very small numbers, will only be available from select stores in the UK, potentially reaching out to other nations in due course. While Hammond says the exact ingredients are a closely guarded secret, he does concede that the name Oriental came about in part because of certain spices used in the blend.

‘I have some links with the East, not least because my mother was born in Darjeeling and I include a chapter on London’s Oriental Club in my last book,’ he says. ‘One of the Directors of Leggets is of Indian heritage too, so it seemed somehow natural that the gin eventually began to lean in that direction. I think it is the addition of Eastern spices – alongside the pairing back of of Juniper, which I personally think ‘clangs’ quite badly with a cigar, and raising the percentage alcohol by volume – which lifts our gin into something utterly unique. You have to taste it to appreciate it.”

Other products in the Leggets x Nick Hammond collection will follow, including cigar folios and etuis, travel bags and sporting pieces.

Nick Hammond is a respected writer, host and voice on cigars worldwide, and as well as authoring his own best-selling travelogue, he wrote Cinco Decadas: The Rise of the Nicaraguan Cigar for Joya de Nicaragua, the country’s oldest cigar factory. He won the inaugural Spectator Cigar Writer of the Year Award in 2013 and has been writing for luxury publications and organisations around the world for the last quarter century. In 2019, he launched his personal travelogue, Around The World in 80 Cigars: The Travels of An Epicure, to worldwide acclaim and in the Summer of 2020, launched a podcast of the same name which tops the cigar and lifestyle charts across Itunes, Apple Podcasts, Spotify, Google, Amazon Music and more.