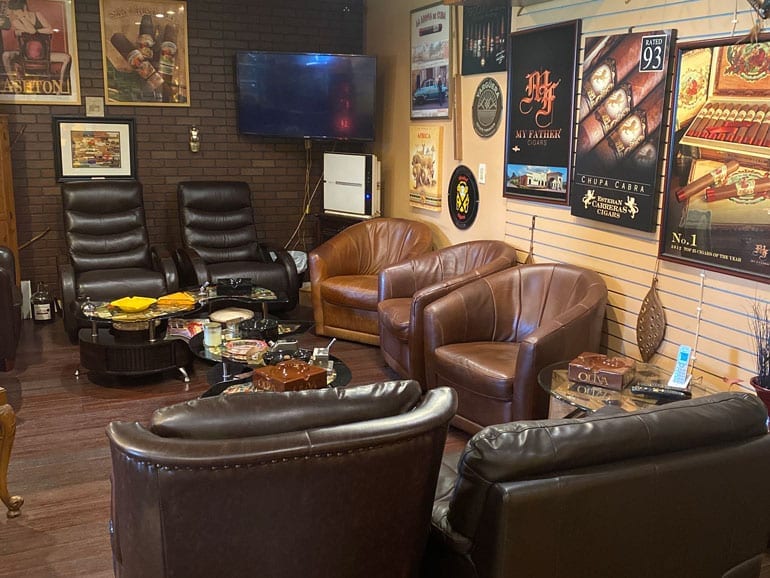 Just a tad North of Allentown and Bethlehem, Pennsylvania, and not too far from the Western border of New Jersey lies a town called Whitehall. In this town of Whitehall lies the friendliest cigar shop on Earth called New Tobacco Village. Much like the tv show Cheers, usually everyone knows the name of whoever walks in the front door of this cigar sanctuary. Owner and zen master, Lina Hadid controls the thermostat of the vibe that keeps the emotional temperature of the lounge at a steady 74 degrees!

“There is a lot of love in this lounge”, states Lina. Many of the people who frequent New Tobacco Village have known each other for quite some time, but they are always open to meeting new friends!  Such is true of this region of the country, to where many people from New York and New Jersey have escaped the high taxes placed on everything from property to the very tobacco we love so much.  The Village offers a peaceful, amorous environment where someone can get a nicely priced cigar and sit in a comfortable leather chair and let the smoke take them away from their cares in the world.

In addition to cigars there is a wide variety of pipe tobacco as well as the pipes themselves. Some pipes are specially made for New Tobacco Village and come with a commemorative stamp underneath. Both pipe smoke and cigar smoke contribute to the ambiance of the gatherings here. As for beverages, soft drinks, juice and water are available for purchase and fresh coffee is always available. Alcoholic drinks are not sold here, but there is a long slender community locker in which patrons of the village can store their libations.

I would be remiss if I did not mention the star of the show. There is a delicious house cigar called La Lina. Obviously named after the owner. With a delicious Corojo 99 wrapper that has been aged for three years, and a Nicaraguan binder and Nicaraguan filler, La Lina offers a bold medium body as well as a multi-dimensional flavor profile that hits on so many cylinders. La Lina is available in store and can be shipped anywhere.

Please check out New Tobacco Village for yourself. It makes for a great stop after a day of work or after a day of play. Say hi to Lina for me if you are in the area, and enjoy a great stick at a reasonable price! 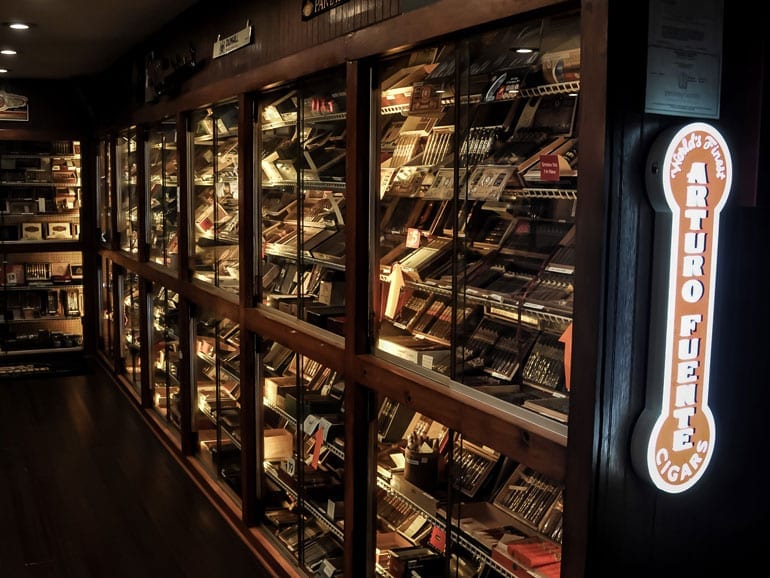 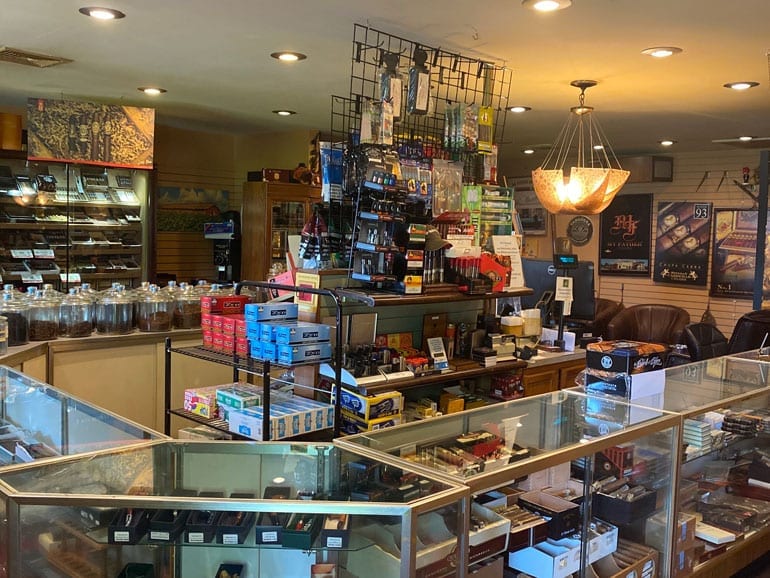 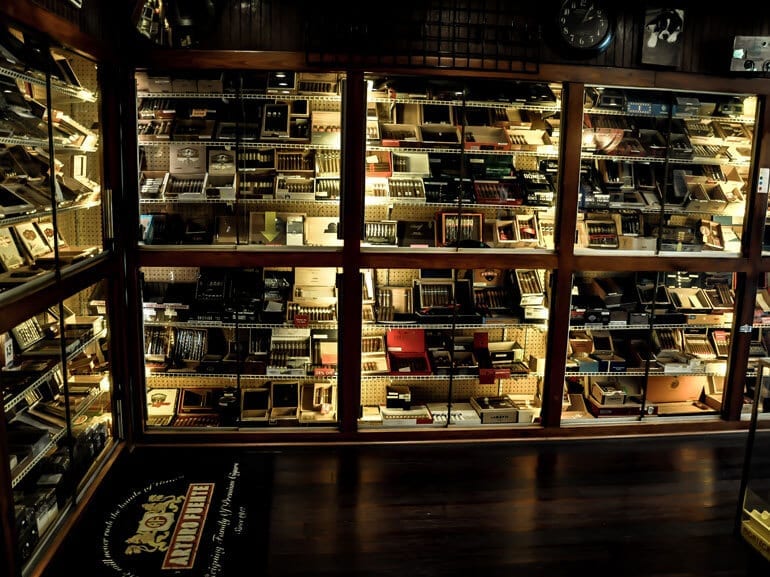