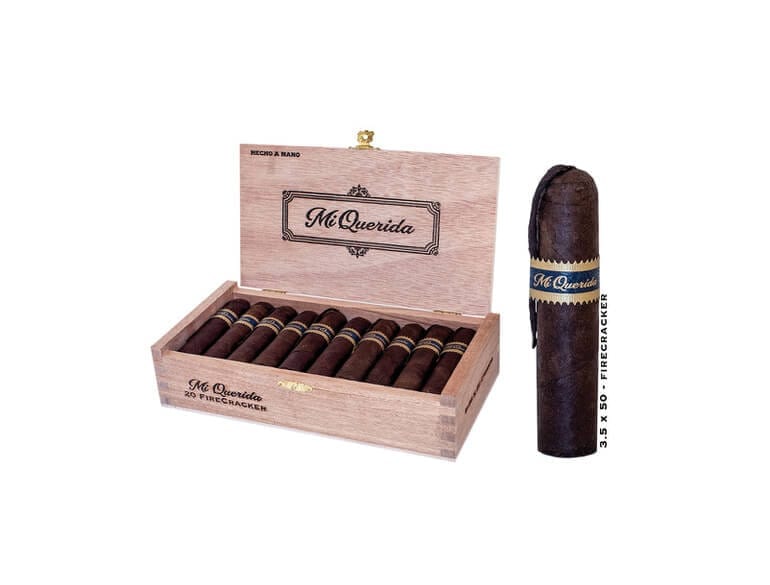 In 2006 Two Guys Smoke Shop owner David Garofalo came up with a concept that would become one of the most sought after limited edition cigars each Independence Day. The cigar came to fruition when Don Pepin Garcia was visiting Two Guys Smoke Shop for a series of events. It was at one of these events that Garofalo asked Garcia to roll a cigar with a fuse on it. After some hesitation Garcia rolled the cigar that would become a signature release for the New Hampshire based retailer.

Since 2006 the cigar has seen versions from My Father Cigars, Tatuaje (in the form of an M80), La Flor Dominicana, RoMaCraft, Fratello and Kristoff. In addition the cigar sees an ongoing production version from Jose Dominguez.

Due to popular demand the 2018 release Mi Querida Firecracker is back with a 500 box production. It comes from Steve Saka’s Dunbarton Tobacco & Trust. Based off the Mi Querida blend which features a Connecticut Broadleaf wrapper over Nicaraguan binder and fillers. The Firecracker is front loaded with ligero tobacco for an extra kick giving the cigar an explosive start.

The Mi Querida Firecracker will go on sale Monday, August 26, 2019 at all three Two Guys Smoke Shop locations; Salem, Nashua and Seabrook as well as their online website 2GuysCigars.com at 10am.