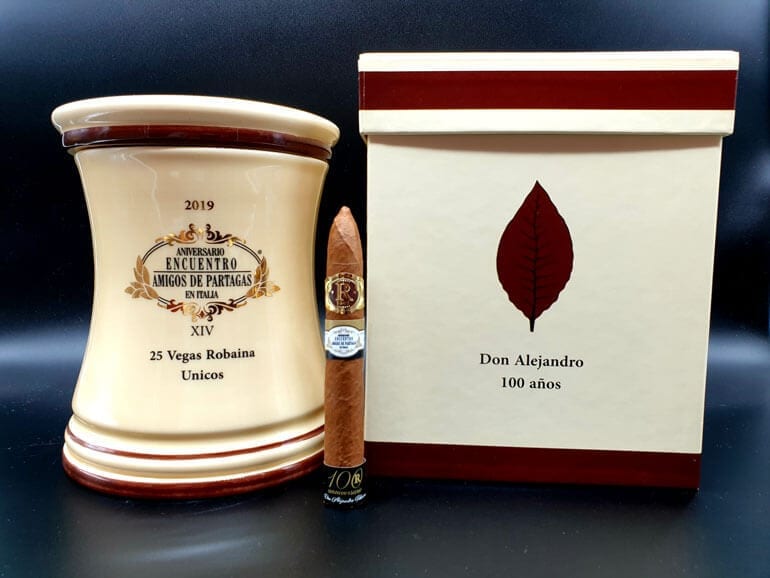 We have reached the 14th edition of the Encuentro Amigos de Partagás in Italy, an appointment that is by now undeniable for many fans and collectors from all over the world and also the wait for the new jar proposed this year is over; in fact it is now finally available.

For the XIV edition of the Encuentro a brand has been selected to which the Cigar Club Don Alejandro Robaina is very close, “Vegas Robaina”. On the occasion of the 100th anniversary of the birth of the Abuelo, the Vegas Robaina Unicos was selected, a Pirámides with measures of 156 mm for 52 of cepo. The cigar, in addition to the anilla of the brand has two other anillas: the first where the XIV edition of the Encuentro Amigos de Partagás in Italy is indicated and the second showing the 100th Anniversary of Don Alejandro, logo created by the Cigar Club Don Alejandro Robina specifically for this edition.

The hazelnut-colored jar with brown finishes was made in only 130 numbered copies and accompanied by a certificate of ownership, in order to make this release exclusive.

The realization of these jars is due to the collaboration between the President of the Cigar Club Don Alejandro Robaina of Matelica (MC) Italy, Francesco Minetti Hombre Habano Comunicación and the Italian cigar importer Habanos, Diadema S.p.A. 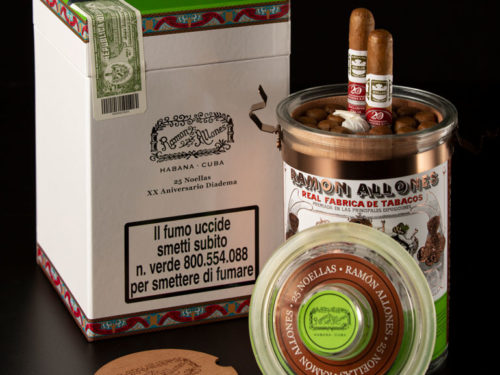 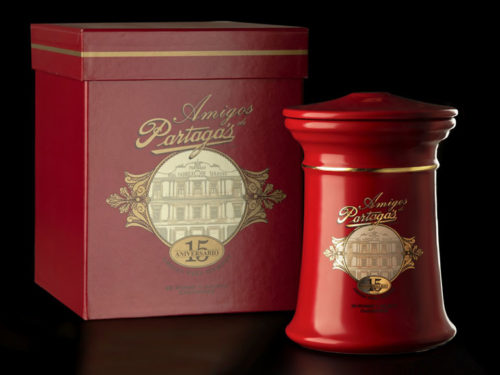 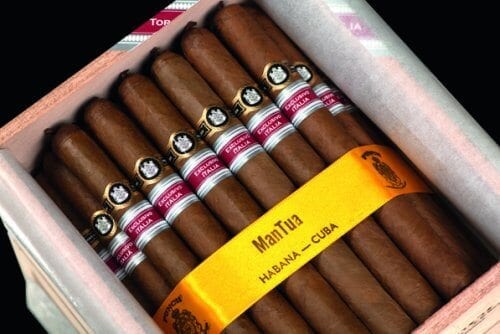 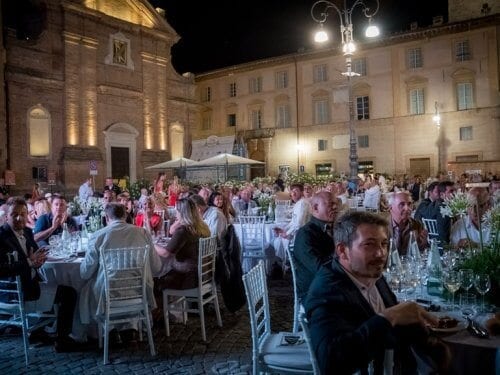 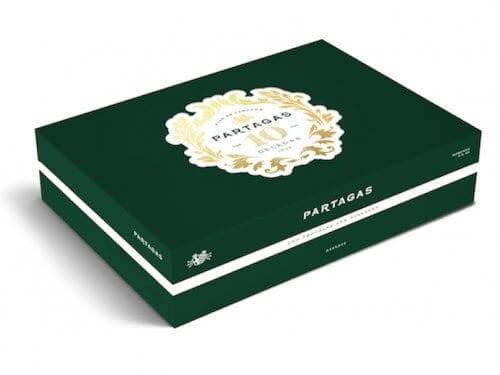 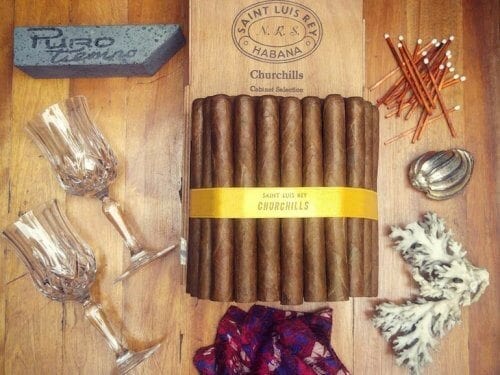