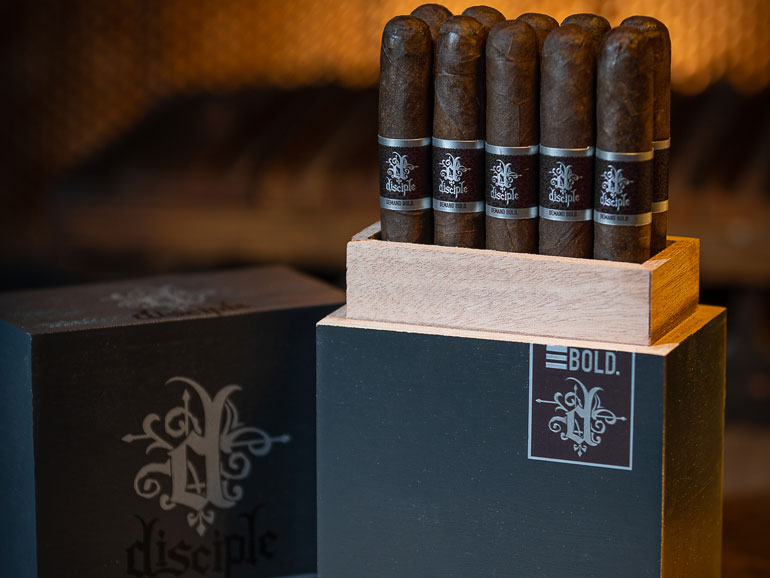 Diesel is releasing “Disciple” as a new, full-time offering available in all channels. The blend was previously released to the top US brick and mortar retailers as a TAA exclusive.

Justin Andrews said, “When we launched Disciple in 2021 as a TAA exclusive, the smokes sold out very quickly. So we decided to make it a full-time addition to the Diesel lineup. Disciple speaks to how strongly the brick and mortar community has embraced the Diesel brand, and it’s a great example of just how much the cigar community values what we’re doing from a blend and packaging perspective.”

Handcrafted at Tabacalera AJ Fernandez in Estelí, Nicaragua and developed in collaboration between AJ and STG’s Justin Andrews, Diesel Disciple is a robust and balanced cigar blended to stand out in the medium-full spectrum.

The cigar is made with a Mexican San Andreas wrapper, an Ecuadoran Sumatra binder and a filler exclusively comprised of Nicaraguan Habano from Esteli.

Diesel Disciple comes in a Lancero (7” x 38) and will sell for an SRP of $8.99 per cigar or $89.90 for a ten-count box. The cigar is now shipping to retailers and is being distributed through The Forged Cigar Company.