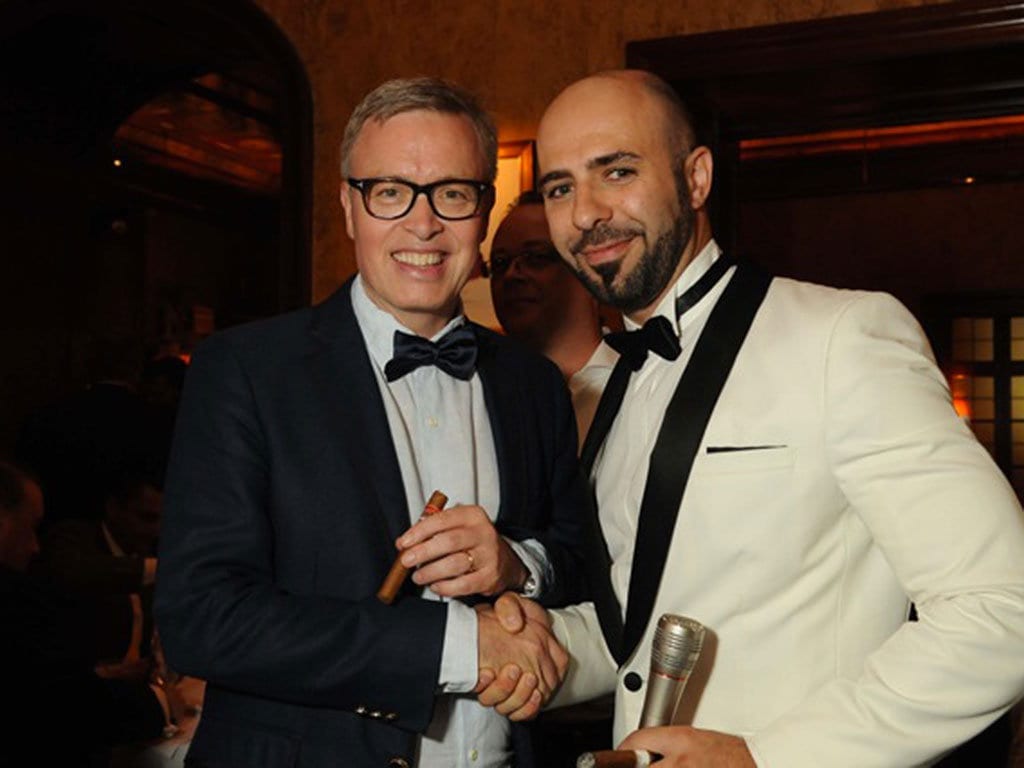 For the first time in history, Club Macanudo hosted the American qualification tournament for the Cigar Smoking World Championship. This competition in slow smoking was founded by the Croatian entrepreneur Marko Bilič in 2010 and takes yearly place in Split, Croatia in the first weekend of September. Participants have to smoke as long as possible a Marevas-size cigar, which can take up to 2,5 hours.

In Club Macanudo, down town Manhattan in New York city, 47 participants gathered and smoked Marevas as long as they could. The starting signal was given by STG’s CEO Niels Frederiksen (see photo with Marko Bilič). After almost 2 hours of smoking, the current World Champion Darren Cioffi took the first place, number 2 was Dr Larry Marchese and the number 3 position was taken by Pete Graziano. All 3 of them got a beautiful box of Macanudo cigars, but also got a free ticket to Split, Croatia, to participate in the Cigar Smoking World Championship 2015 in September.

The number of countries where the qualification tournaments take place still increases on a yearly base, and till now tournaments already took place in Switzerland, Denmark, Italy, United Kingdom, Sweden, Russia, Lithuania, Estonia and USA.