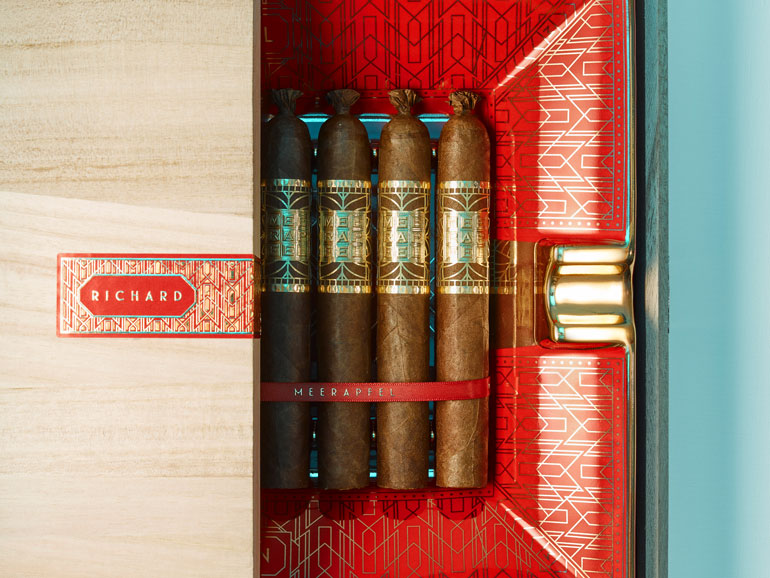 MEERAPFEL Cigar starts shipping its first ever release: “Richard” Double Robusto most likely becomes one of the fastest sell-outs in cigar history.

Unveiled in 2022, the first revelation of MEERAPFEL Cigar’s “Richard” Master Blend, the Double Robusto (5 3⁄4 x 52) with flagtail, presented in ornamented caskets, is now being shipped globally.

The initial release of MEERAPFEL Cigar has been sold out right after its announcement, defining a new segment in the premium cigar industry and a record-breaking cigar launch.

The cigars will arrive at partnered retailers in the United States and internationally during the first days of October.

Limited to 613 chests per year, every vitola of MEERAPFEL Cigar will only be available through allocation and waiting lists with a small number of specially selected premium cigar flagships around the globe.