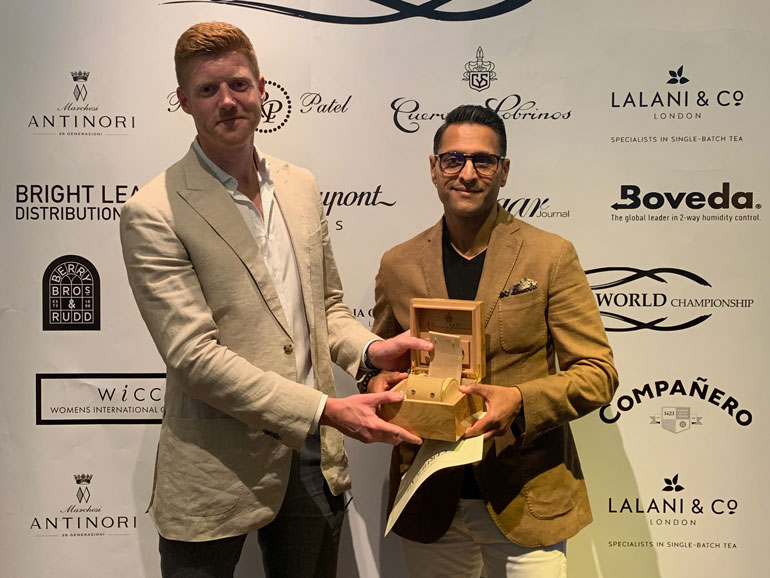 After six pre-qualification rounds it was time for the UK final of the Cigar Slow Smoking World Championships. Ten finalists sat down at the chic Havana Exchange lounge, in St. James’s Street, London, to compete for the title of UK Champion. It was a fairly comfortable win in the end. When newcomers Ali Tasent’s and Julius Honsch’s cigars burned out around the hour and a half mark, one slow smoker stood alone. Etan Patel continued on and defended his title from last year with the respectable time of 1 hour, 55 minutes and 20 seconds.

“He smiled with relief and a little disbelief that after a lot of trials and difficulties in this year’s series he had finally won first place,” organizer and founder of the Womens International Cigar Club, Sarah Saunders, says. “There is genuine excitement for him as well as our Time Chase leaderboard competitors, who also have every chance to compete at the world championship final in Split.”