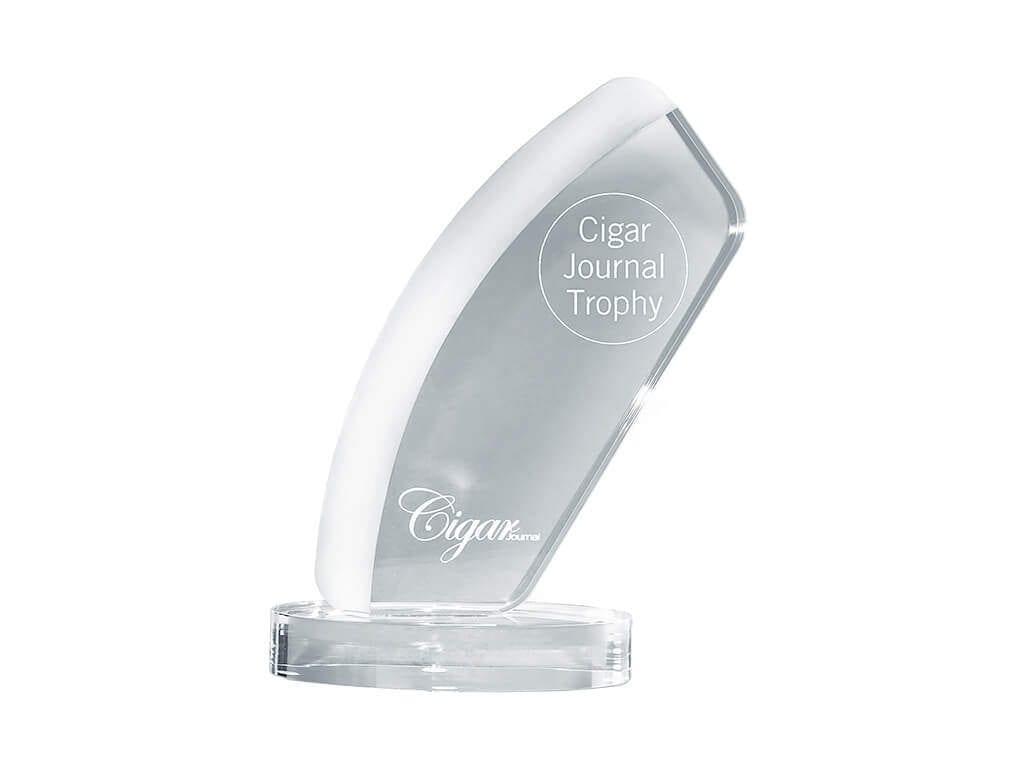 There was a lot to celebrate in Dortmund in September: the award for the best Cuban cigar and brand for 2014, Cigar Journal’s 20th-year anniversary, and the successes of the industry during a promising year.

The Cigar Trophy for Best Cigar Cuba 2014 went to the iconic Cohiba Behike BHK 54. For the second time in a row, the brand Montecristo was awarded the Best Brand Cuba trophy by Cigar Journal readers. Antonio de Dios, commercial manager of the German Habanos importers 5th Avenue, and Roberto Sanchez Esquivel, director of the Cuban cigar manufacturers Tabacuba, received the award on behalf of the Cuban cigar industry.

The Cigar Trophy for cigars and brands from Cuba was awarded later than those of the rest of the 17 awards for the year 2014. In September, due to the occasion, those already awarded in July were able to celebrate all over again.

Following the festivities, victory cigars were smoked in good spirits, and local Hövels beer, finger food and the relaxed atmosphere were enjoyed along with them. That the trade fair is growing from year to year was illustrated not least by the fact that more guests than ever attended the celebrations. The InterTabac is not only considered the international hub of the cigar branch but is also a meeting point for the industry’s most important actors.

That the fair continues to grow is a significant indicator for what cigar smokers are experiencing in many countries: the world of the cigar is becoming more international, and the offer and selection for passionados in their home countries is expanding with every passing year. The multitude of new exhibitors and the expansion of already existing manufacturers show that there is movement in the branch.

This good mood and the quality masterpieces of cigar manufacturers around the world are clearly the best reasons to celebrate.