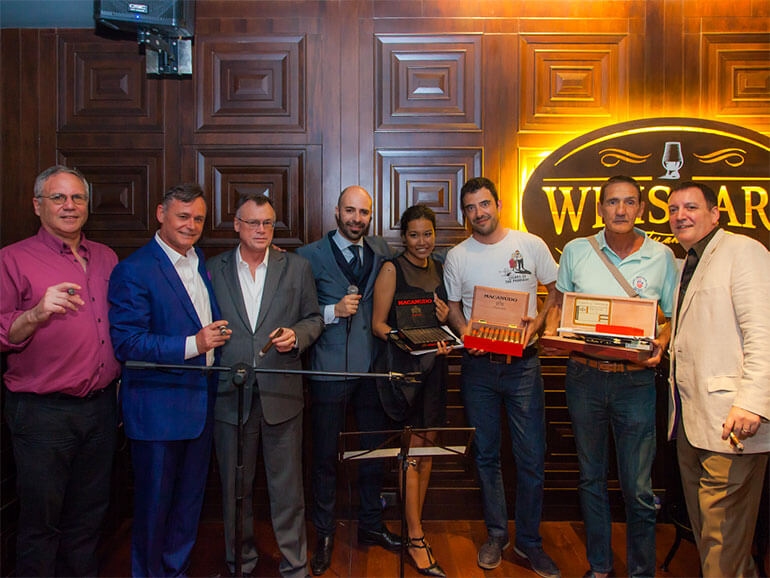 Marko Bilic was present to officiate the first World Championship qualifying event in Asia. “I have always considered South-East Asia as one of the most beautiful corners of the world,” said Bilic. “The people and culture are amazing, and it’s a region of the world where cigar culture is strong and growing. Hosting the Cigar Smoking World Championship in Bangkok was a long-awaited moment and cigar smokers from this part of the world discovered for first time the heat of the slowest race on Earth. I am sure that entering South East Asia raised the profile of CSWC and brought new excitement to cigar smokers in Thailand and the region.”

An audience of over 20 people, including guests from Saigon Cigar Club in Vietnam, watched 24 competitors compete in Asia’s first Cigar Smoking World Championship. Cliff Robbins won the qualifying round with a time of 01:22:22. Damien Del Porto with a time of 01:21:20 was second, while Y. Suksai was third with a time of 1:15:20.

“It was our absolute pleasure to host the first Cigar World Smoking Championship in Asia at Whisgars Silom Road,” said Hillman Lentz, CEO of Hathor Hospitality Group. “CSWC aligns perfectly with our club’s vision; ‘It’s not about money or brands or how much. It’s about choices, quality time, taste and integrity’. We can’t wait for 2018.”