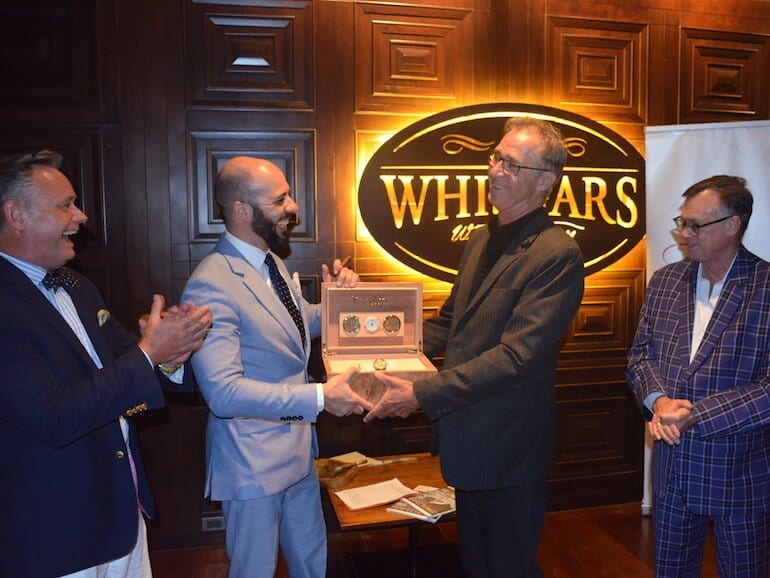 The first Asian qualification round of the Cigar Smoking World Championship for 2018 was held on Wednesday evening at Whisgars in Bangkok, Thailand. 20 competitors and a large group of spectators filled the club, with Swedish expatriate Mikael Petersson claiming victory with a time of 1.54.37.

There was not much between the final four competitors who each finished within a minute of each other. The close race saw all eliminated participants and other guests applauding the efforts of the last remaining participants in the final minutes.

Mikael Petersson’s slow smoking efforts saw him win a beautiful Cuervo y Sobrinos watch, presented in a humidor. Second and third place runners-up received boxes of Macanudo Inspirado. Mikael Petersson was trying his hand for the second time after competing at the 2014 Gothenburg, Sweden event before moving to Thailand.

“This was the second time we have conducted the event in Bangkok and the interest and intensity has grown immensely since the first event in 2017,” said CSWC Founder Mark Bilic. “Whisgars is the perfect venue for the competition and I’d like to thank Mr Hillman Lentz for his hospitality and everyone who attended who made the event a great party and celebration of cigars.”

“It was our absolute pleasure to host the first Cigar World Smoking Championship in Asia at Whisgars Silom Road,” said Hillman Lentz, CEO of Hathor Hospitality Group. “CSWC aligns perfectly with our club’s vision; ‘It’s not about money or brands or how much. It’s about choices, quality time, taste and integrity’. We can’t wait for 2019.”