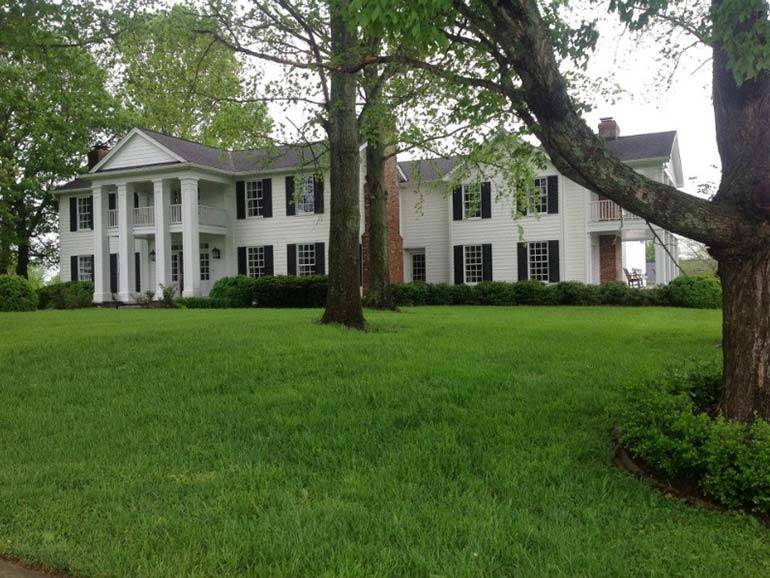 Back by popular demand, qualifying rounds of the Cigar Smoking World Championship (CSWC) return to the United States beginning with the Nashville CSWC competition on Friday, May 13 at 6:00 pm at The 1850 at Lookaway Farms, 1850 Lewisburg Pike, Franklin.

The following week Principle Cigars presents the Chicago qualifying round at BIGGS.

The Cigar Smoking World Championship is comprised of a series of qualifying tournaments in countries around the world, which involve the “slow-smoking” of a Mareva-size cigar. Normally enjoyed in about 25 minutes, the challenge is for participants to make their cigar smoke continually for the longest period of time without allowing the cigar to extinguish.

Darren Cioffi, owner and founder of Principle Cigars, and the 2014 Cigar Smoking World Champion, brought the world-class competition to Nashville in May, 2015 for the first ever qualifying round hosted on US soil.

Cioffi recently broke the world record in slow smoking for the third time at the CSWC Qualification Tournament in Sweden. His time was 2 hours, 31 minutes and 37 seconds (151 minutes, 37 seconds) to smoke 9 cm of a Macanudo Inspirado Petit Corona.

“I was thrilled with the local enthusiasm and worldwide support that the inaugural U.S. competition received last year,” Cioffi said. “This year’s competition is destined to be even more memorable than the last and already have registered competitors coming from Cuba, the Dominican Republic, England, Finland, Estonia, Croatia and around the USA.”

The rules of the CSWC are established by Club Mareva, an organization founded in Split, Croatia by Marko Bilic in an effort to assemble a community of cigar aficionados who seek to celebrate the art of fine cigar smoking.

“The CSWC is excited to return to the US in May 2016,” said Marko Bilić, founder of the Cigar Smoking World Championship and president of Cigar Club Mareva. “Last year we turned a new page in cigar world history when after six years of Cigar Smoking World Championships, and dozens of qualification tournaments in world capital cities from west to east, the first ever CSWC tournament was held on American soil in Nashville, Tennessee.”

Following the Nashville event, the next qualifying round of The Cigar Smoking World Championship is May 19, 2016 in Chicago at BIGGS, one of the finest cigar destinations in the U.S.

Winners of the Nashville and Chicago qualifying rounds will be invited to join more than 100 of the world’s best cigar smokers from over 20 countries to participate at the 2016 Cigar Smoking World Championship taking place September 2-4, 2016 in Split, Croatia.

Unique Setting for CSWC in Nashville

Competitors and spectators at the Nashville CSWC tournament will have the distinct pleasure of experiencing one of Franklin’s newest and grandest event venues, “The 1850 at Lookaway Farms.”

“The stunning setting of the 1850 historic farm in Franklin will be a special aspect of this event. With people arriving from 15 different countries, it will be wonderful to be able to expose them to this aspect of Tennessee.”

“The Nashville qualifying round of the Cigar Smoking World Championship is going to be a fabulous event and I am thrilled to be the hosting it,” said Laurel Kozlowski, Venue Director of The 1850.

Details for the Qualifying Tournament in Nashville

Date: May 13, 2016
Location: 1850 Venue in Franklin, Tennessee
The entry fee for the Nashville CSWC qualifying tournament is $125 and includes: Participation in the qualifying tournament, a chance to set a record and an official time certificate from Club Mareva, a special gift from Principle Cigars as well as attendance to the concurrent cocktail party at The 1850 Venue (hors d’oeuvres, cocktails by Angel’s Envy and Pyramid Vodka, cigars by Principle Cigars, and live music). There will also be special prizes for the top three competitors and for the best female competitor.
Spectator tickets may be purchased for $25/per person.

2015 Winners of the Nashville CSWC