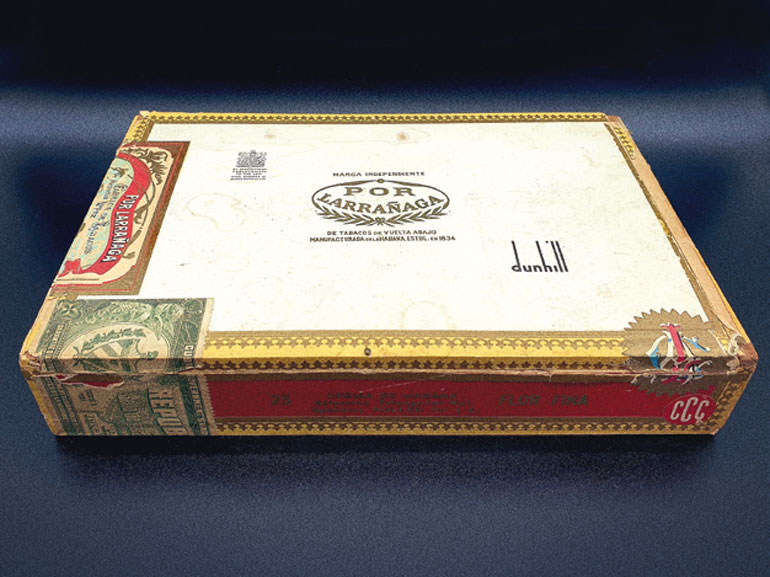 Alfred Dunhill entered the international floor of the cigar world in the distant year 1907, when he opened his first shop in London’s Duke Street. The store was well-stocked and, alongside Cuban cigars, also had a large selection of pipes and pipe tobacco. In view of the great response that his first tobacco store received, he decided to open a second one in London, in the Soho district. Dunhill’s most famous customers were probably Sir Winston Churchill and His Majesty King George VI, father of today’s Queen Elizabeth II, who appointed him the official supplier for the English royal house. During the Second World War, the building that housed Dunhill’s shop was destroyed. After the end of the war, however, he reopened his doors. This time the entrepreneur expanded around the world by opening new stores in Europe, the United States, Canada, and Asia. In 1970, the Briton launched a brand of Cuban Puros under the name Don Alfredo, which expanded his range of products alongside the Don Candido, which had already been on the market for several years. The Don Candido brand was created in 1935 in honor of Cándido Vega Díaz. The production of these cigars took place both in the El Rey del Mundo factory and the Romeo y Julieta cigar factory. Don Candido cigars, marketed under the name Selección were available in nine vitolas, each of which were marked with a number between 500 and 508.

There were two further productions that were not numbered: the Lonsdales (Cervantes), with the measurements 165 x 16.7 | 6 1⁄2 x 42, and the Short Coronas (Marevas), with the measurements 129 x 16.7 | 5 1⁄8 x 42.
The tobacco used for the production of these marvelous cigars was of the best quality possible. In his book An Illustrated Encyclopaedia of Post-Revolution Havana Cigars, Min Ron Nee describes these cigars as “monumental.”
The vitolas of the brand Don Alfredo, numbered from 51 to 56, were instead made in the H. Upmann factory and also marketed under the name Selección. 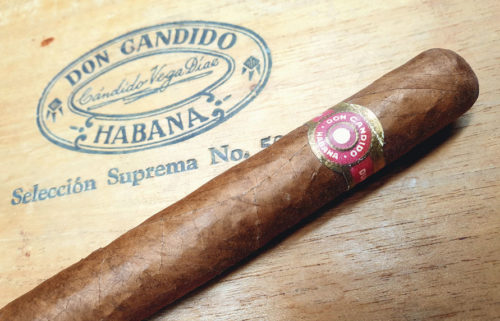 The legendary Don Candido Selección No.506

Furthermore, unconfirmed rumors say that the Don Alfredo by Cubatabaco was created in honor of Alfred Dunhill.
In the mid-1970s, the series Flor del Punto was created. All cigars were rolled in the Real Fábrica de Tabacos Partagás, marketed under the name Selección and numbered between 301 and 307.

The Don Candido and Don Alfredo are considered by many experts and passionados to be the best cigars that were ever made in Cuba. The tobaccos used in their manufacturing were suitable for long maturing periods, which made for an unforgettable smoking experience. Before creating his own brand, Dunhill first sold the best Cuban brands, which included Partagás, H. Upmann, La Corona, Cabañas, Belinda, Romeo y Julieta, El Rey del Mundo, Ramón Allones, Hoyo de Monterrey, Montecristo, Bolívar, Punch, Por Larrañaga, and La Flor de Cuba. Although these were cigars from ordinary productions, they stood out from the crowd because they belonged to the Dunhill Selección Suprema. Only cigars made from the best Cuban tobacco were included in the Selección, making the boxes and cabinets sold in Dunhill stores stand out from other similar cigars available on the market by offering an even higher quality. Written on the sides of the box was not only the name of the brand but also a number that served to identify the vitola packed inside.
Towards the end of 1970s, the Dunhill brand set itself the goal of producing exclusively Dunhill cigars. This strategy was aimed at replacing the three Dunhill brands Don Alfredo, Don Candido, and Flor del Punto that were on the market at the time with the Dunhill brand. 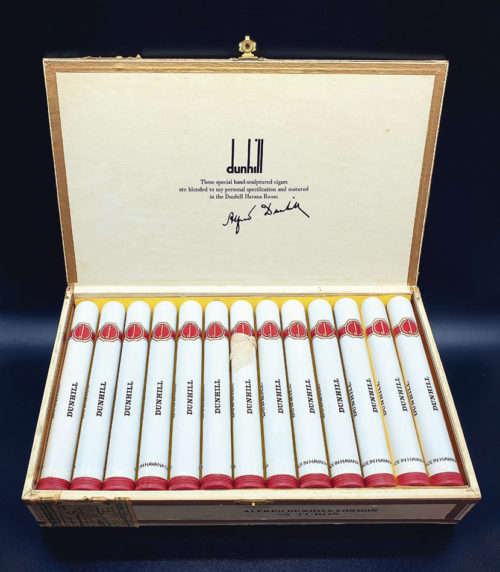 The Estupendos had one special feature. They were marketed exclusively in boxes equipped with 10 aluminum tubos.
These cigars were decorated with a beautiful ring emblazoned with a golden “d” on a red-and-cream-colored background, while the words “Dunhill” and “Havana” were printed on the sides of the anilla. There was also an aluminum seal with the coat of arms of the English royal family. Unfortunately, production of Dunhill cigars didn’t prove to be particularly long-lasting. It was discontinued in 1991, when the brand moved production to Dominican soil after several disagreements with the Cuban government.
At this point, we can’t let a very important accomplishment of Alfred Dunhill go unmentioned: his cigar room. He was convinced that cigars lost much of their aroma during transport from Cuba to Britain and inevitably tended to lose moisture. To combat this phenomenon, in his London shop Dunhill created three differently air-conditioned rooms to improve the condition of the cigars as soon as they arrived. The first room was a so-called maturing room, the goal of which was to bring the cigar back to its best level of quality and to facilitate a long aging process (minimum duration 12 months), which demanded constant control of temperature and humidity in order to guarantee the highest quality of each individual cigar. Alfred Dunhill regularly tested the cigars stored in this maturing room in order to ascertain whether they were ready to be sold to customers or whether they needed longer aging time to reach their best possible quality.
The second room was the so-called humidification and storage room. The cigars stayed there until they had reached the level of quality demanded by the customers. The room was dedicated to the private lockers of customers who bought cigars but kept them there for ideal storage. Finally, there was the humidor, which replicated the temperature and humidifying conditions of Cuba. This room was kept for “fresh” cigars. Today, there are few people who have the privilege of being able to taste a Dunhill cigar, because the cigars that were discontinued during the Cuban period are not only hard to find – if at all, then only through industry auctions or private collectors – but are also exceedingly expensive. In particular, the Don Candido, the Don Alfredo, the Dunhill Cabinetta, and the Dunhill Estupendos. 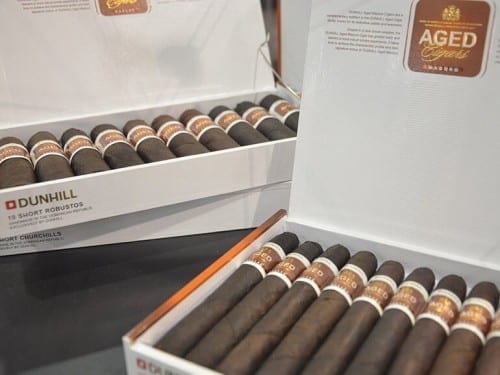 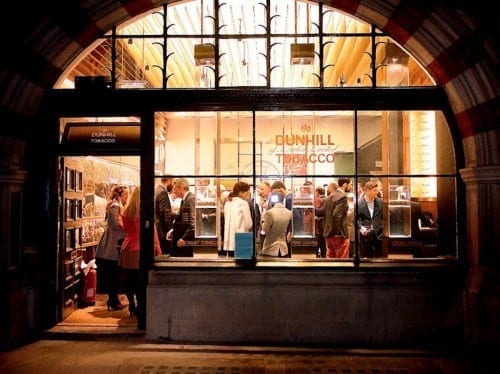 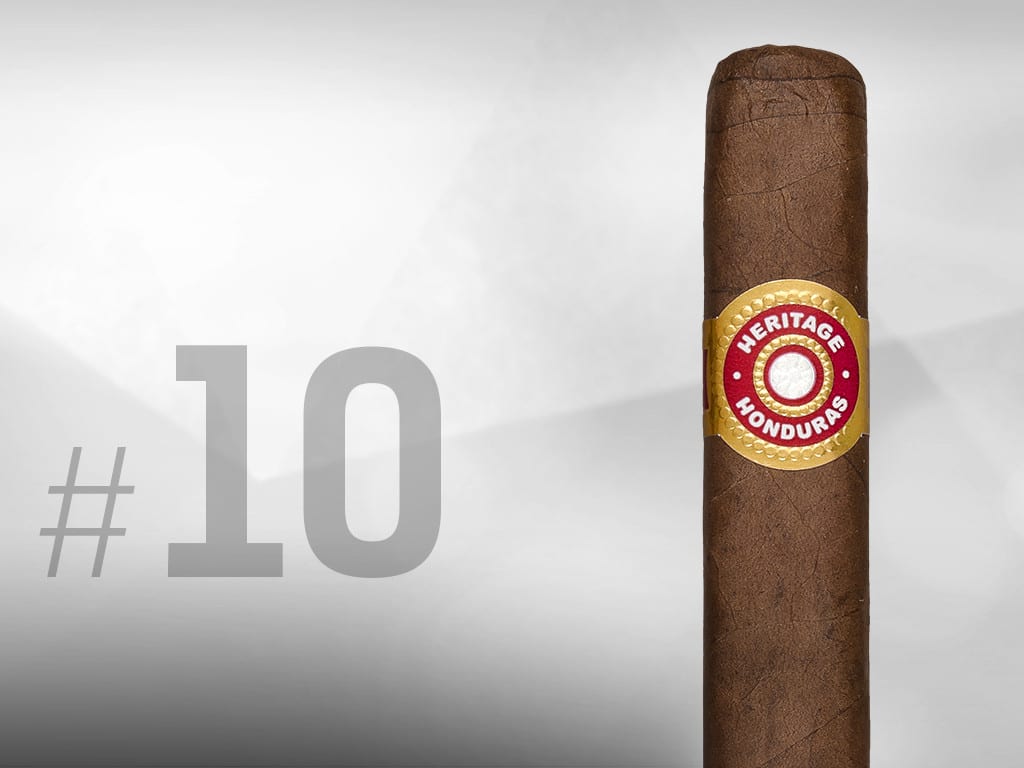 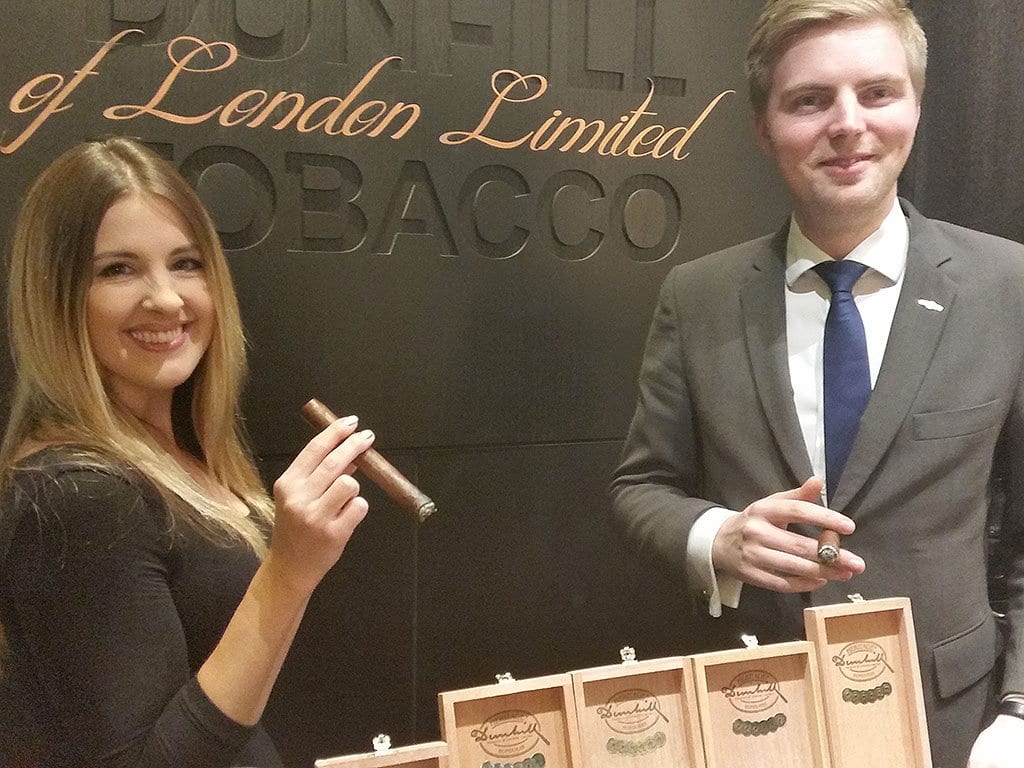