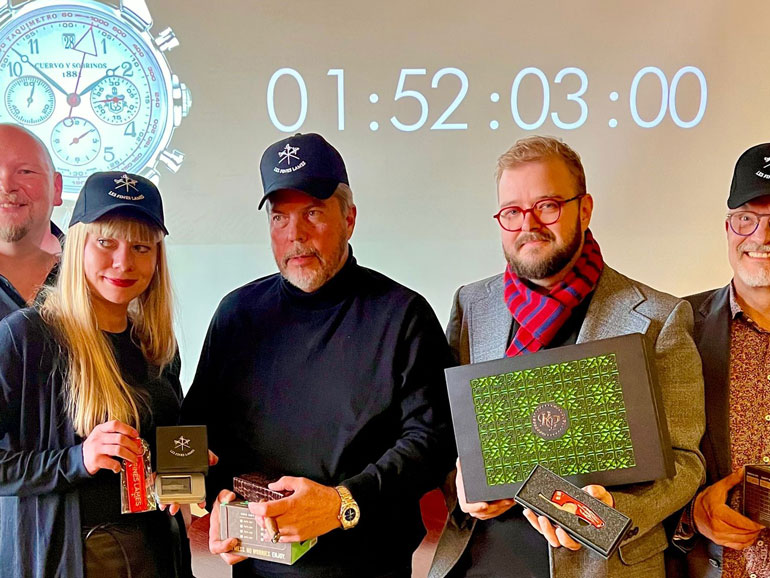 In 2018 Niko E. Saari won the Finnish slow smoking world champion. This year he did it again, and even improved his personal record. It now reads 1 hour, 52 minutes and 3 seconds, which is also a new national slow smoking record time in Finland.

“Niko had a close battle with Paul Kauste, who managed his cigar marvelously without ashing it the entire time,” organizer and head judge, Petteri Patjas, says. “At the very last puffs Paul lost his cigar, though, but still managed to smoke it 1 hour 38 minutes and 49 seconds.”

All in all it was a strong competition. The top three smokers all reached top five positions in Cigar Slow Smoking World Championships best times of 2022.

Caption:
The top three with winner Niko E. Saari in the striped scarf. On the far left is organizer Petteri Patjas and next to him the best woman of the competition, Ilona Ahovuo.