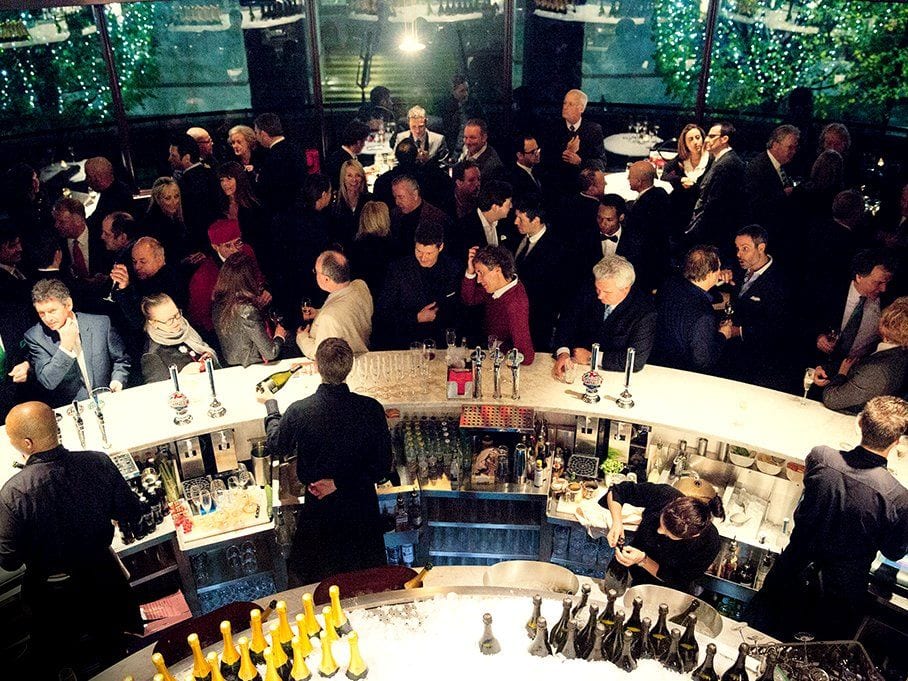 There is a gathering of movie producers at the bar. I’m not entirely sure what the correct plural would be – a murder or a gaggle, perhaps? Whatever it is, their company is riveting. As well as hair-raising Hollywood tales, those in the group are discussing their favorite cigars.

That’s what most people are doing, incidentally, chatting about cigars. Whether literally or figuratively, cigars are never far from lips on this extraordinary evening under the skyscrapers of East London’s Canary Wharf.

I’m at Boisdale of Canary Wharf for the inaugural Spectator Cigar Awards Dinner 2013, founded by Boisdale. The event is also in association with London cigar merchant C. Gars Ltd and FOREST – Freedom Organisation for the Right to Enjoy Tobacco. Other sponsors of the glittering evening include legendary names in luxury: JeanRichard Watches of Switzerland, Barons de Rothschild (Lafite) and LVMH.

Pop stars, musicians, actors and the great and the good from all over the world mingle for a pre-dinner smoke and Belvedere Martinis on the Cigar Terrace. And of course, they are joined by the murder of movie producers, including Stephen Evans, Mikael Håfström, Alan Greenspan and Marc Sinden. Of course, Boisdale founder, Ranald Macdonald, is on hand, putting final touches to months of planning and preparation. And he’s joined by Andrew Neil, pressman, TV broadcaster and chairman of the British institution that is the Spectator. Already, many of the guests have attended a massive cigar auction downstairs, where C.Gars Ltd knocked down in excess of £500,000 worth of aged, vintage and mature Havanas, including rare Dunhill and Davidoff cabinets. 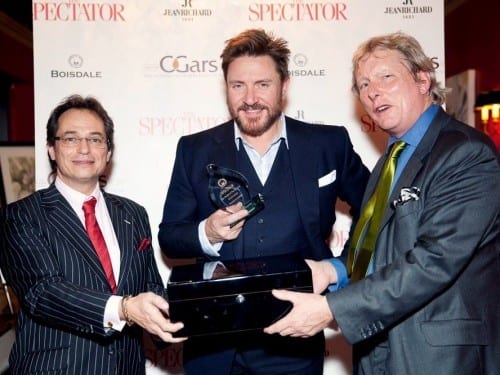 When at last some decorum is achieved, the biggest cheer of the night goes to the legendary owner of Davidoff of St James’s, Edward Sahakian. The Cigar Terrace of the Year Award is shared by two opulent London hotels: The Wellesley, the “new kid” on the block in Knightsbridge, and The Lanesborough’s Garden Room (currently closed, like the rest of the hotel, for massive refurbishment). I’m fortunate enough to share the Cigar Writer of the Year Award with Wall Street Journal’s wine man, Will Lyons, and finally it’s time for the big one: Cigar Smoker of the Year. Messages of support from well-known cigar lovers Arnold Schwarzenegger and Sylvester Stallone are read out. Both promise to attend in 2014.

A raffish Simon Le Bon is finally announced as the winner to a loud musical fanfare of Wild Boys – a nod to his famous past as frontman for Duran Duran. Le Bon is presented with a humidor of Cohibas and a JeanRichard watch valued at an eye-watering £15,000. The fun is by no means over.

The crowd spills downstairs to the bar, the Cigar Library and the terrace for a long-awaited smoke and drink. It’s the chance to mingle with winners, runners and riders and get to know the UK cigar industry face to face and there is even time for a vote on best Champagne match with a cigar; Krug just pips Dom Pérignon.

It’s great to see the UK cigar scene standing up to be counted, and the inaugural Spectator Cigar Awards have been enjoyed by all. Let’s do it all again in December. 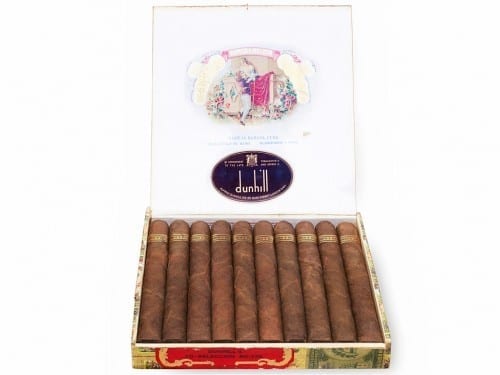