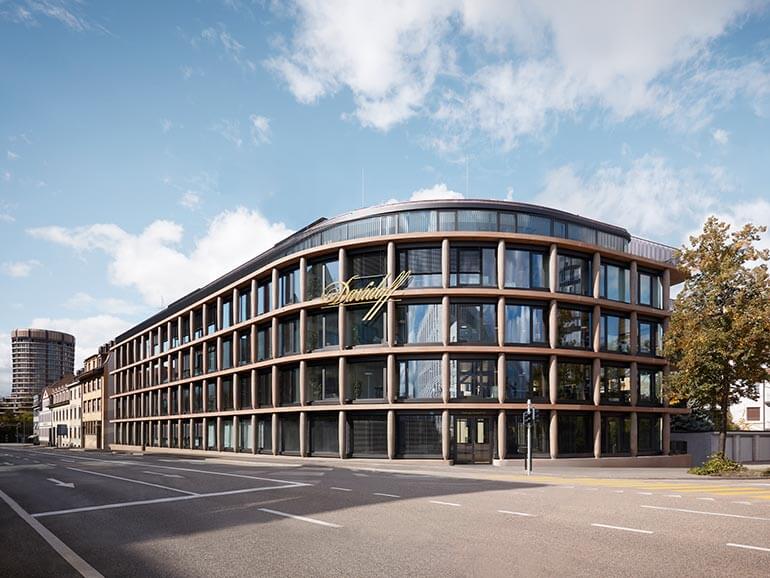 Today, Oettinger Davidoff AG has opened Maison Davidoff at 73 Nauenstrasse in Basel. The newly constructed building and head office of the Basel-based family-run business Oettinger Davidoff AG is replacing the company’s 1930 building on the same site. The old building, which had previously been remodelled several times, had served the company well for over 85 years. With the completion of the construction work, which lasted two years, from April 2015 to July 2017, approximately 160 employees will be working in the new Maison Davidoff. 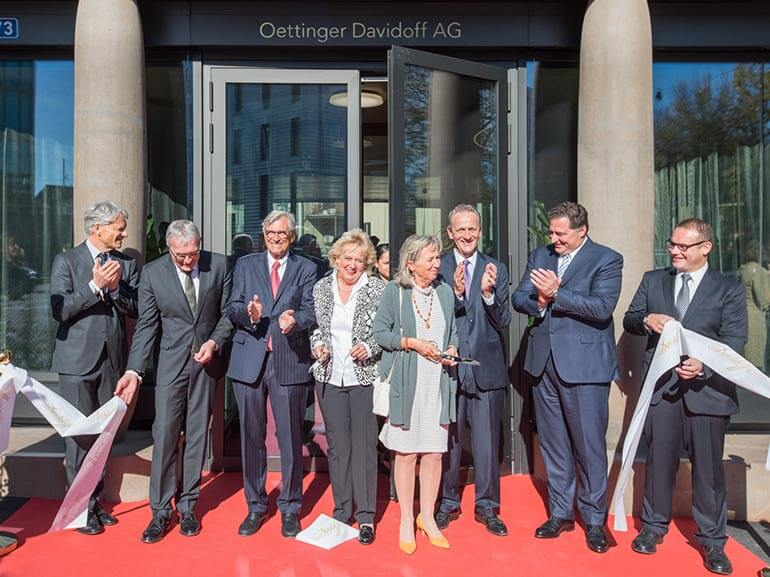 Beat Hauenstein, CEO at Oettinger Davidoff AG, says: “Today, I am proud to officially open the Maison Davidoff here, in the heart of Basel. I would like to thank our wonderful colleagues and partner companies, who have worked with so much passion on this project right up to the very last minute. Today’s official opening not only represents a milestone in the history of our company, but Maison Davidoff is also a magnificent gift from the owners, and after two years of construction we can finally move in. It’s a joyous and happy homecoming. The new building will encourage inter-divisional collaboration and will promote creativity, productivity and innovation, which will be crucially important for the successful global growth of our cigar business.”

Designed by Diener & Diener, Maison Davidoff fits into the Basel cityscape in a way that is modern and natural. With the newly constructed building, open, communicative workspaces and reception rooms have been built on seven floors with an area of 7,667 m2 (SIA 416). Working areas are complemented with showrooms, cigar lounges, a cafeteria, and a car parking area with 24 spaces. 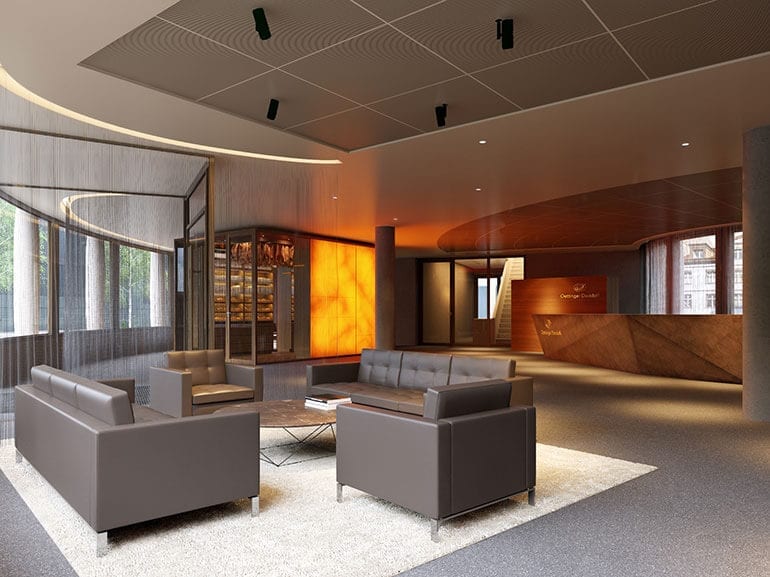 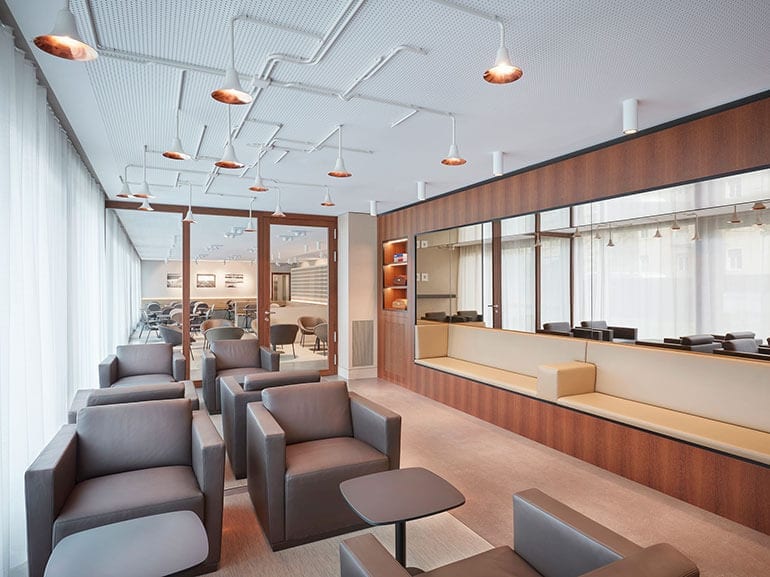 Maison Davidoff has been designed as a multi-storey, elongated hall with a penthouse, which runs along the street and then swings around the corner of the plot. Its memorable shape takes this simple, basic form from the vivid contours and arrangement of its prefabricated load-bearing supports, made from glazed reinforced concrete. The round concrete supports are tapered at the top and bottom, and are thus reminiscent of the popular torpedo shape of a cigar. The bulbous shafts and the space between the columns give the transparent façade an all-round structure.

The interior was designed by Lassoudry Architects GmbH to evoke a sense of well-being in the daily working environment, but also to exude that typical Caribbean feeling of warmth and authenticity. As visual internal highlights, the modern walk-in humidor and the cigar lounges are invariably reminiscent of the tropical origin of the cigar in the Dominican Republic, where a large part of Davidoff’s production and workforce is located.

Artworks on the various floors, created by artists from the Davidoff Art Initiative, are intended to reflect the basic values of the Swiss company: Respect for nature, the preservation of traditional methods in the cultivation of premium tobacco and cigar production, as well as reflection on the cultural artistic heritage and contemporary art scene in the Caribbean. 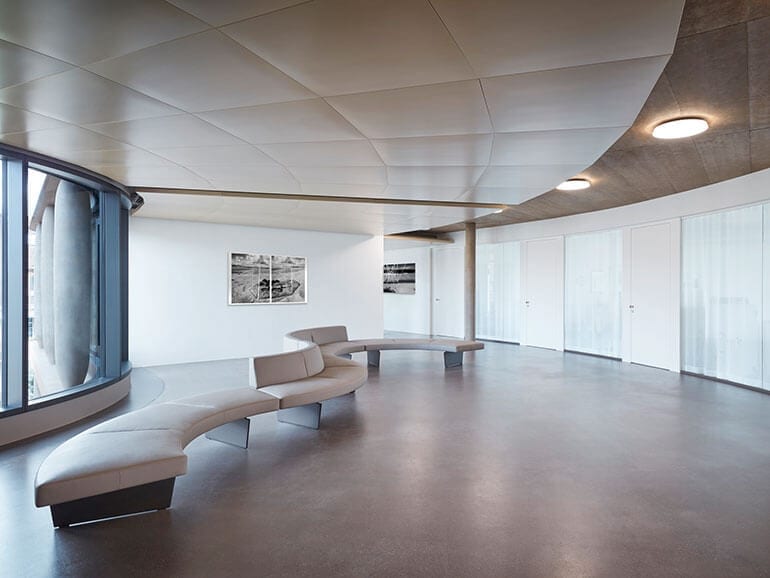 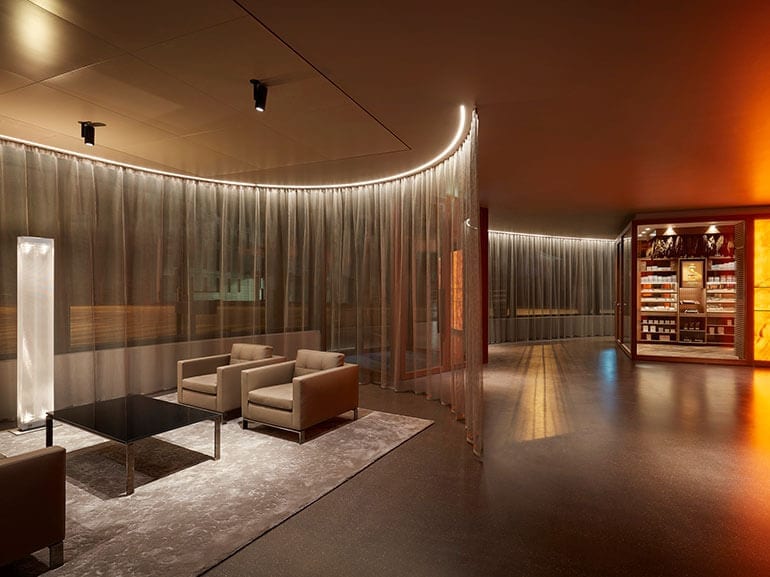 Maison Davidoff in a nutshell

• Start of construction in April 2015, completion of construction in July 2017
• Area: 7,667 m2 (SIA 416)
• Floors: 7
• Maison Davidoff has been built according to the Swiss Minergie standard, and has been certified accordingly
• Modern office infrastructure, walk-in humidor, cafeteria and cigar lounges 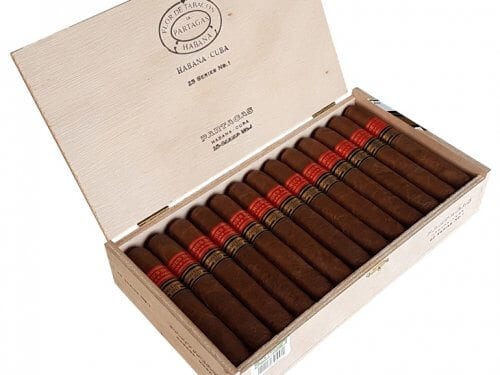