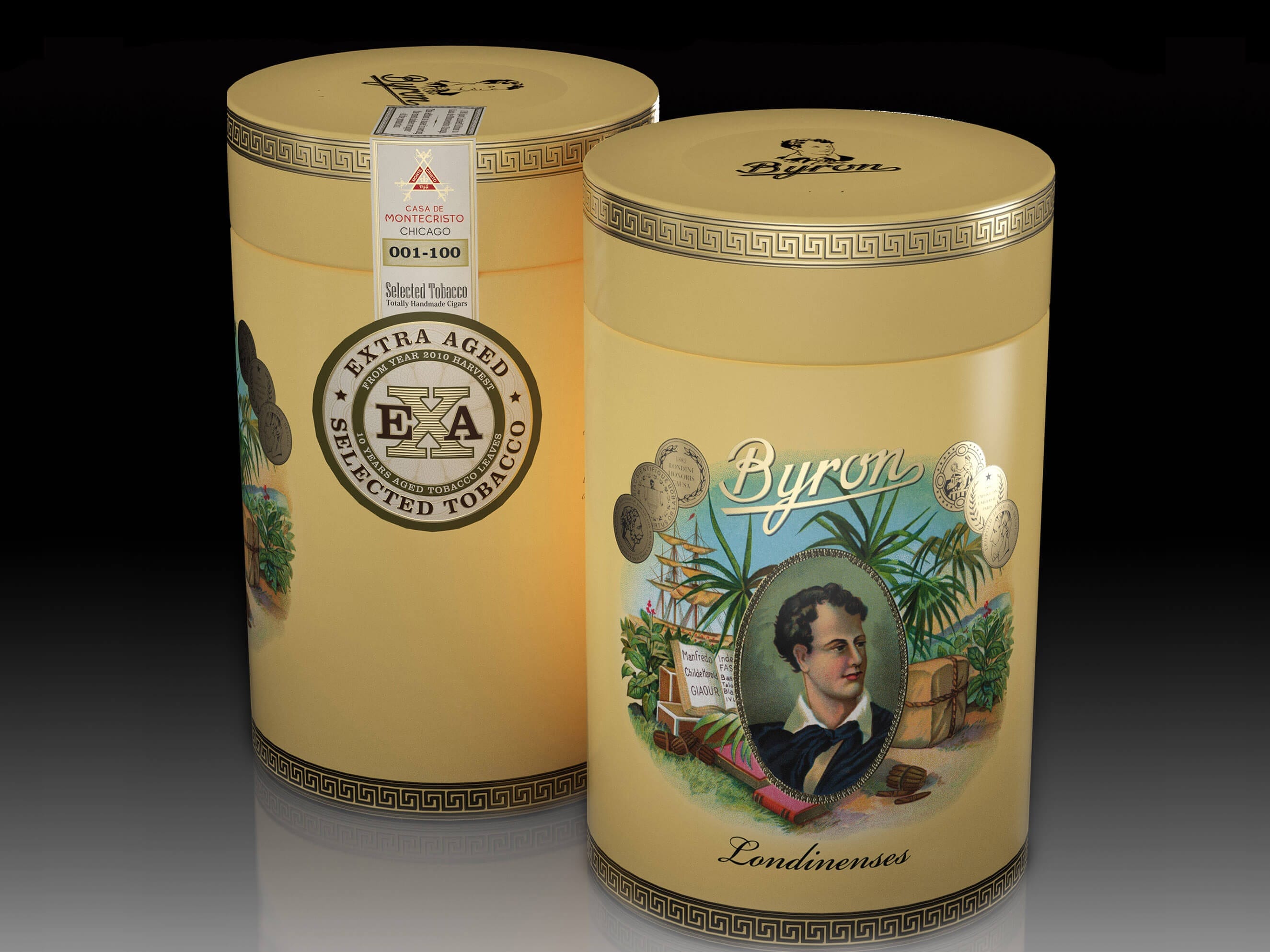 The Selected Tobacco production has always been limited and the cigars are aged post-roll for 2-5 years depending on the line. Now, Nelson Alfonso of Selected Tobacco is introducing the Byron 20th Century Londinenses.

“The Byron Londinenses was already a deeply complex cigar,” Oliver Nivaud of United Cigars boasts. “But when you have a master in the kitchen that has a special ingredient to elevate a dish, that’s when you experience something even more captivating.”

The Byron 20th Century Londinenses features a Dark Ecuadorian Wrapper typically reserved for select Byron vitolas like the Epique Poemas or the Distinguidos. This production, rolled in 2010, is limited to 100 numbered jars and will be sold exclusively at the Casa De Montecristo in Countryside, IL.

Sam Khalil, co-owner of Casa de Montecristo said, “Byron has been my daily cigar since 2017, I can’t get enough. When we smoked this 10 year old Byron Londinenses with the dark wrapper we told Oliver we wanted them all.”

“We want to offer our clientele a uniqueness,” stated co-owner Mike Khalil. “When we see something that sets a new standard then we capture it.”

The numbered jars of Byron 20th Century Londinenses will ship this week to Countryside, IL and will be available for purchase at Casa de Montecristo and www.cdmcigars.com on September 1, 2020.

United Cigars has been the national distributor of the Selected Tobacco portfolio since 2012.