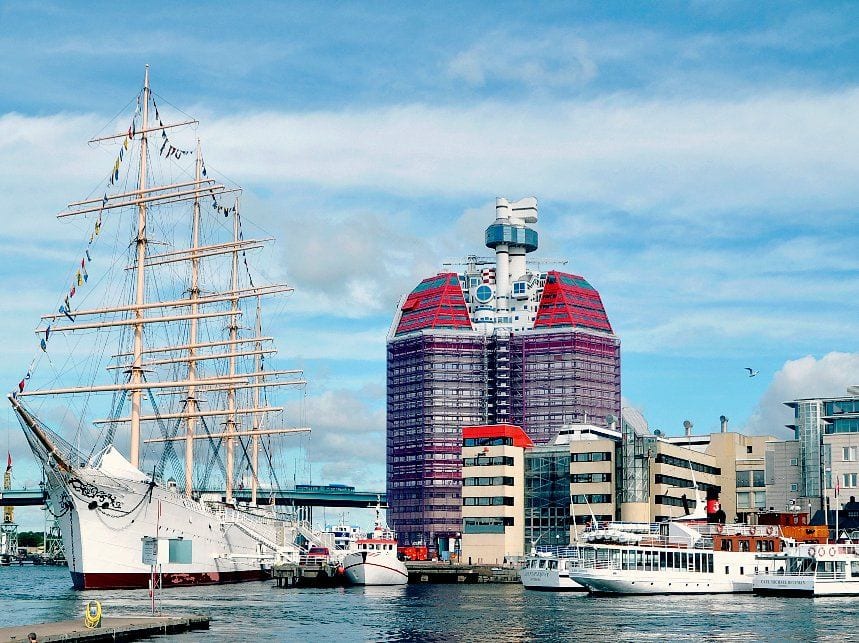 We are sitting on the terrace of the elegant fish restaurant Sjömagasinet, which found a nest in the ancient warehouse of the former Swedish East India company. Situated directly on the banks of the impressive harbor entrance, the building has survived almost three centuries entirely unscathed. The timing for an atmospheric smoke is perfect; we reach the landmarked marina exactly at sunset. “This is the king’s lounge of all open air locations for cigar lovers in the Gothenburg region,” says Stephan Praetorius proudly. He’s the head manager of Habanos Nordic AB, the exclusive distributor of Cuban cigars in eight northern European countries. “In August the lounge draws passionados from all over Scandinavia for the Gothenburg Cigar Festival,” he explains.

The city is also the starting point for popular trips to the idyllic archipelago, the small holiday island such as Styrsö, which can be quickly reached by ferry. Our restaurant, awarded one star by the Michelin Guide, is situated in Gothenburg’s historical ferry port. Its comfortable smoking terraces offers a wonderful refuge in a country that only has ten indoor cigar lounges to offer, as Stephan Praetorius emphasizes.

The billowing smoke from our Punch cigars wafts in the glow of discreet lights almost as romantically towards the sky as the light rays of the legendary aurora borealis – the picturesque name Northern Lights of this Edición Regional 2009, exclusively manufactured for the Scandinavian market, is very fitting. We enjoy them in front of the backdrop of the artistically illuminated panorama of the city’s old harbor arsenal. “Gothenburg is an often underestimated beauty among cities, which has long established itself as a bastion of world-renowned Scandinavian design,” says Praetorius. The Hotel Avalon near the historical Saluhallen market also surprises right at the entryway with a terrace, which also welcomes cigar smokers. Here you can lean back and relax in the imaginatively restored baroque chairs. That ashtrays are only brought once asked for shows, however, how sensitively the subject is handled in the country.

Lesson number one: enjoying a cigar is often preceded by a clarifying discussion. Part of the night life concentrates on this quarter in the center of the city with chic Latino-inspired locations, among them restaurants like El Corazón and El Toro Blanco, both enticing with comfortable outdoor smoking areas. A few minutes further on, at Magasinsgatan street you come to Gothenburg’s most unusual bar, the Puta Madre. The interior is reminiscent of the legendary Mexican bordello in 1920s style.

If you like going for a stroll with a cigar during the day, the promenade, about a kilometer long, is recommended. On this walk in the Lilla Bommen district the modern opera building will astound you. Its architect used the shape of an ocean liner as his model. On no account should you miss doing a sightseeing tour of Gothenburg’s waterways – believe it or not, you’ll pass 20 bridges in a Paddan canal boat. In the best company of a Montecristo No. 4 (11 Euros) I decide to take a walk through the famous botanical gardens, where a palm house was built using a historical model of the Crystal Palace in London.

“Indeed, we have very strict anti-smoking laws,” Stephan Praetorius says regretfully as we’re having our second drink. The impressive, one kilometer-long Älvsborg Bridge is now lit before us in the somewhat kitschy colors of the sunset, which is more reminiscent of the famous Brooklyn Bridge, a Big Apple landmark, on the East River. For me, there’s a real touch of New York here. This also has to do with the brick buildings on the harbor, which are just as effectively thrust into the limelight by the light art as the huge crane block opposite at the Eriksberg shipyard. Its spectacular illumination won Gothenburg the title of “world’s best lighting design 2010”.

Today, daredevils can bungee jump from the structure. Gothenburg offers many a surprise along its modernized harbor basin, such as the fish hall Feskekörka, built in the year 1873; it looks like a church from the outside, but is actually a gourmet temple for seafood-lovers. It’s no surprise that Gothenburg was chosen as the culinary capital of Sweden in 2012. In the meantime, it boasts five Michelin-starred restaurants.

The lifeblood of Gothenburg pulses along the wide boulevard Avenyn (Kungsportsavenyn). Situated here is also the Locatelli Bar right next door to the Elite Park Avenue Hotel. The popular meeting spot for cigar lovers comes up trumps with a beautiful smoking terrace. Where else in this world during a fine smoke does the view fall upon the sculpture of a mammoth colt?

Swedes are very open toward all kinds of cigar brands and like to experiment.

In a country that initiated the Nobel Peace Prize, this is an artistic appeal in terms of freedom from violence; and by no means a monument for a converted famous Mafiosi like the name of our cigar location first suggests.

Just a few minutes on, we come to a hyper-modern arcaded shopping center on the long-established tobacco specialty store Broberg. The simpatico owner Per Kastensson is the fourth generation manager of the family business that was founded in 1881. In his 15 square-meter walk-in humidor he also has a well-stocked Davidoff depot. “Habanos only make up 20 percent of my sales figures,” says Kastensson. “Swedes are very open toward all kinds of cigar brands and like to experiment.” In his shop, the new Davidoff Nicaragua Toro sells for 19 Euros. “It came to our market just after it was released on the Swiss market.” Furthermore, last summer, the Camacho Criollo Diadema (14 Euros) also sold well.

In 2013, Mellgren’s Fine Tobacco, Gothenburg’s beststocked premium cigar shop, celebrated its 190-year anniversary. In the specialty store’s walk-in humidor, which has an excellent selection, you can find the most comprehensive Padrón selection in the whole of Europe.

Manager Konrad Kallio explains that last year, none other than César Gadea personally came as guest of honor in order to pay a very personal tribute to the most exclusive distributor in the Swedish realm. When buying cigars here, you will receive the best advice from Chris Solomou, a cigar specialist who always presents himself as an English gentleman. This applies as much to his elegant style of dress as to his very personal way of giving advice. Mellgren’s Fine Tobacco offers the most exclusive cigar lounge in Gothenburg. Leaning back in massive leather chairs, you can enjoy your fine smoke in a stylish, avant-garde salon – a Cohiba Siglo 2 (15.60 Euros) or a Partagás D No. 4 Robusto (12.70 Euros).

A rarity in the world of cigars is Syrers Milad Makdesi’s tobacco shop Sweets & Cigars. He combines the sale of premium cigars, best stocked in his large walk-in humidor, with a huge offering of the finest chocolates! Planning a visit to this shop is absolutely recommended. Forty percent of his sales are Habanos; his assortment is a mixture from all the most important tobacco-planting regions. “One of our bestsellers from Honduras is the Flor de Selva No. 15 Torpedo (12 Euros),” Makdesi says. Likewise as much in demand is the box-pressed Oliva Serie V Melanio Figurado (20 Euros).

Hotell Havanna – A Piece of Cuba in Sweden

The next day, on the panorama terrace of the Hotell Havanna we enjoy a Cohiba Robusto (approx. 23 Euros; in Sweden, relatively expensive): with a fantastic view of an expansive bay, which is reminiscent of the well-known Malecón promenade of La Habana. Cuba and the United States meet in the small city of Varberg in a magical way – only a half-hour drive away from Gothenburg. From the outside, the Hotell Havanna seems like a typical American motel, while its interior is one hundred percent Cuban: here you can enjoy two large cigar lounges with original decor and innumerable paintings of the tobacco island.

Lasse Diding, the owner of the house, is a passionate collector. Naturally, there’s a well-stocked humidor cabinet filled with Habanos. In addition, there’s a charming small hostel with rooms that are very individually designed in Cuban style as well as a wonderful pool. And who would be surprised that the Swedish industrialist Lasse Diding is just as much a Habanos lover as a devotee of socialist ideas?

Apart from that, with a small museum, he has set a vested monument in Sweden to the Cuba enthusiast and literary Nobel Prize winner Ernest Hemingway.

Elite Park Avenue Hotel
Built in Fifties’style, this top-service
comfort hotel is located in the heart of
the city on the Kungsportsavenyn boulevard.
The atmospheric Locatelli bar for cigar
smokers has a nice terrace, which is
directly attached.
www.elite.se

Hotell Havanna
You feel like you’re in Havana here – every
room individually reflects the charm of the
Cuba’s capital city. Two spacious cigar lounges,
including one with a panorama terrace
and a fabulous view of the ocean. Hemingway
fans will love the small museum. 15 km outside
Gothenburg.
www.hotellhavanna.se

Scandinavian Airlines flies to Gothenburg with
top service; most flights go via Stockholm to
airports in Europe; there is also an intercontinental
connection from New York.
www.flysas.com 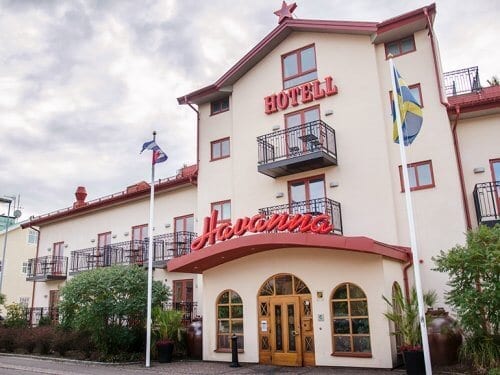 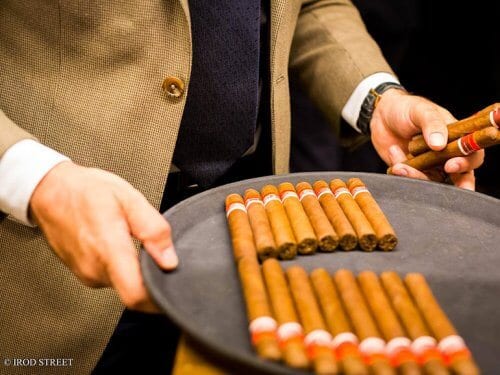 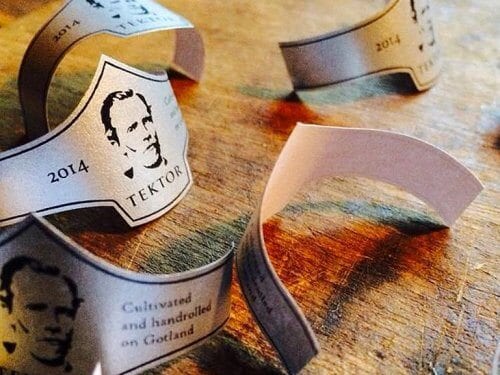 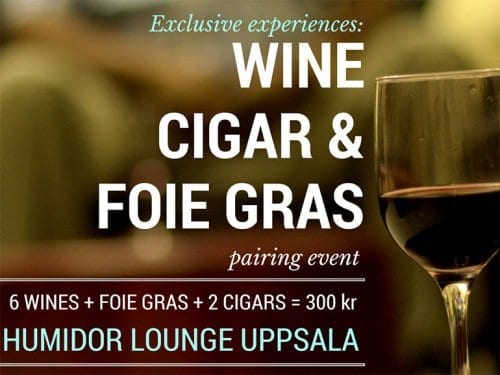 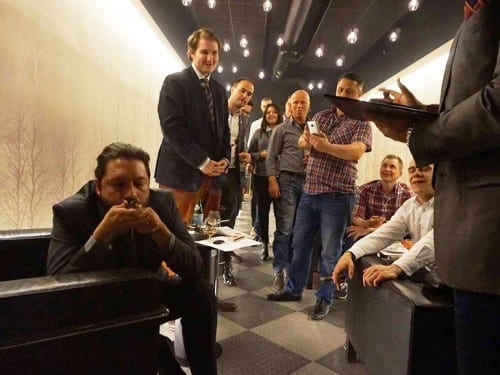