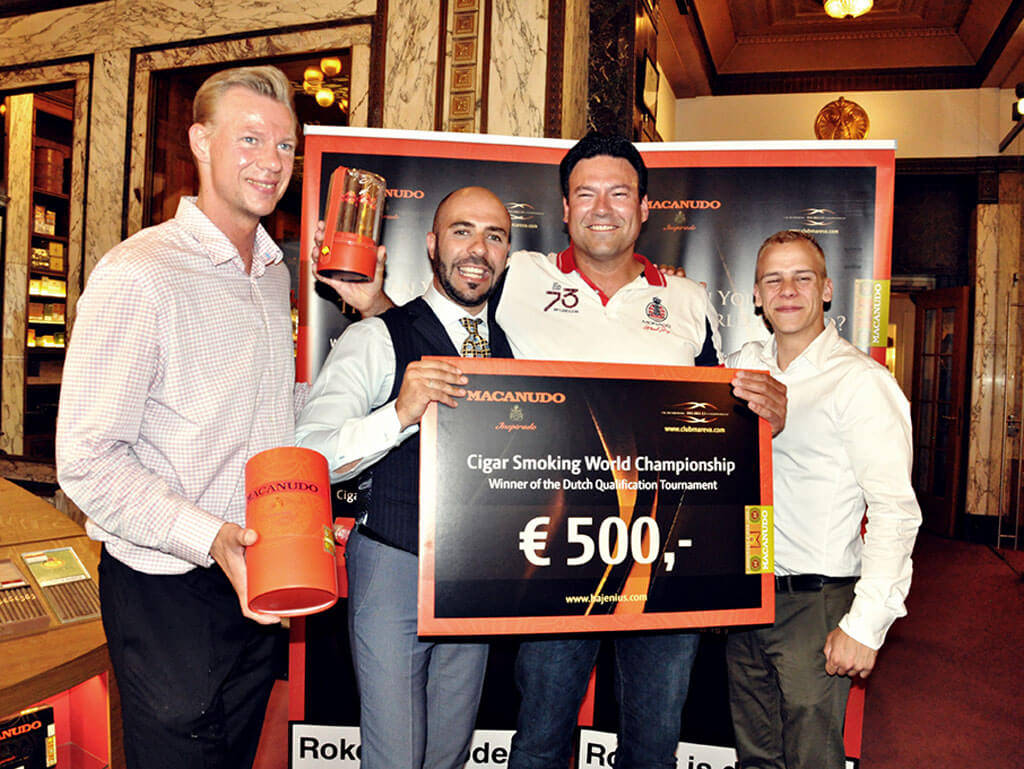 On a very hot Saturday evening on the 4th of June, 2016 cigar lovers of The Netherlands gathered at the iconic cigar shop of PGC Hajenius in Amsterdam for the Dutch qualification tournament to the Cigar Smoking World Championship (CSWC).

Nine competitors took part and all of them were men. The event was supervised by Marko Bilic, founder of the international competition and president of Club Mareva in Split/Croatia. Among the guests: the head of Scandinavian Tobacco Group Nikolaj Siefert and Ernst Wilmering, head of marketing at PGC Hajenius. The event was organised by Frank Schoofs, the main sponsor was Macanudo cigars. Joining the nine Dutch competitors was Darren Cioffi, current world record holder.

The event started in quite a lighthearted fashion but as competitor after competitor started to drop out the tension began to rise. At one point it looked like an ash balancing competition as the competitors were holding their cigars vertically to keep them from loosing the ash. But of course the most important factor was to keep it lit. The most common technique used to stay in the “race” was to smoke the cigar in a vertically position and squeeze the cigar to slow down the burning process.

The results:
Ritske Dreijer from Tiburg finished at third place with a time of 01:04:38 hours.
Second was Cas van Drimmelen from Delft with a time of 01:18:59.
The winner was Bas de Haan from Hoogvliet with a time of 01:19:05. “I am so surprised, it was great fun”, he said.
The Cigar Smoking World Championship will take place September 2-4, 2016 in Split, Croatia.