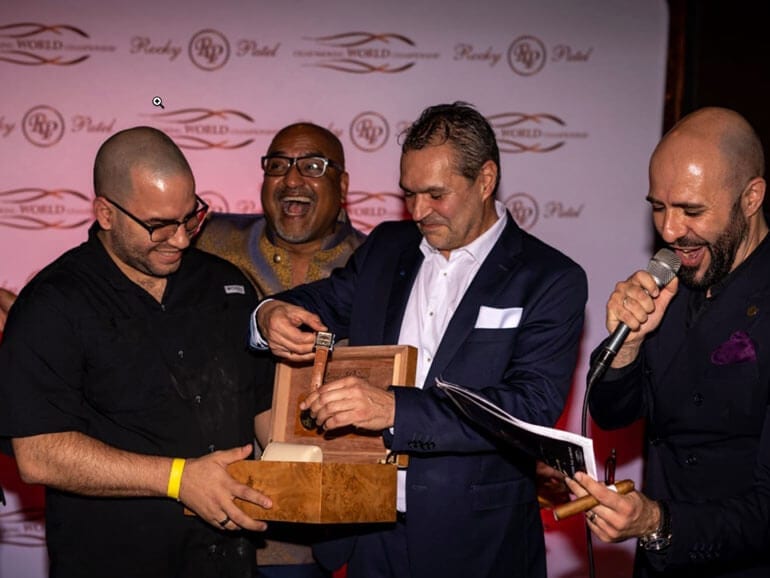 The first North American competition of 2020 of the slowest race on earth took place this past Wednesday March 11th at the Burn Cigar Lounge in Naples, Florida.

The participants are all given the same cigar, the new Rocky Patel CSWC Mareva, that they themselves pick from the box, a cigar cutter and two matches.  Each participant is given one minute to light their cigar, and then they must keep the cigar going as long as possible.

The atmosphere is alive!  The lounge which always has a great crowd has even a heightened level of anticipation tonight. Many contestants are here from all over the United States to compete in their first qualifier.  Naples is home to so many “snowbirds” in March who are escaping the cold up North, so a very well represented crowd is here from all parts of the red white and blue.  A couple of Canadians were there as well representing the Great White North.

Onward to San Antonio, Texas for the next leg of the tournament.  There will be 13 more in the United States before the North American final in Pittsburgh.