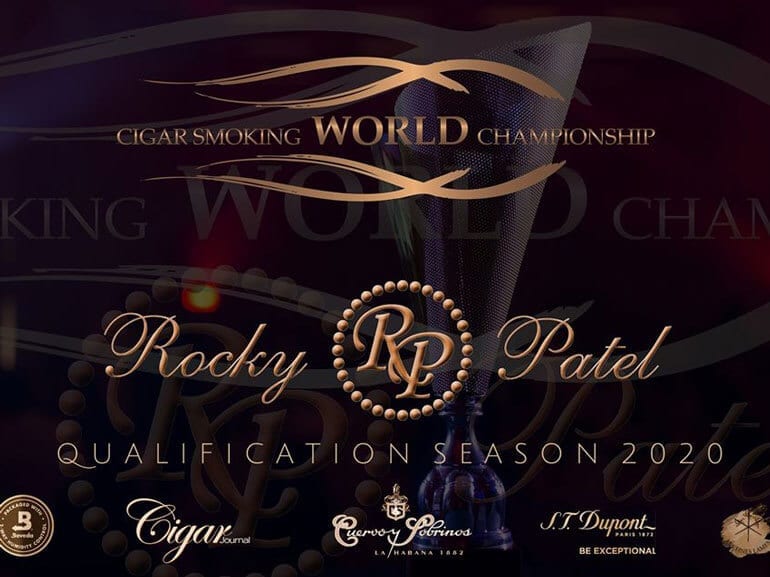 A Message from Marko Bilić about CSWC 2020:Marko Bilić, founder and president of the Cigar Smoking World Championship (CSWC), contacted Cigar Journal magazine today. He returned from the US after the qualifier in Naples, FL and went to voluntary quarantine in Croatia. He confirmed that all scheduled qualifiers will be suspended for the next two months: “In times like this it is our obligation to prevent large gatherings”, Mr. Bilić said. “Let’s concentrate on getting through this crisis and focus on the time past Covid-19.” He will reassess the situation mid May and let us know how Club Mareva will handle the rest of the scheduled qualifier events.

The Cigar Smoking World Championship is entering its 11th year. The official cigar for the competition is now the Rocky Patel Cigar Smoking World Championship Mareva, which has been launched during the Tobacco Plus Expo in Las Vegas in January. Some changes have been made to the 2020 qualifier tournaments. Due to the outbreak and spread of the coronavirus, all tournaments in the Asia-Pacific region have been cancelled. Here you can find the updated list of qualifier tournaments.

The Grand Finale of the Cigar Smoking World Championship will take place in Split/Croatia from August 28 – August 30, 2020