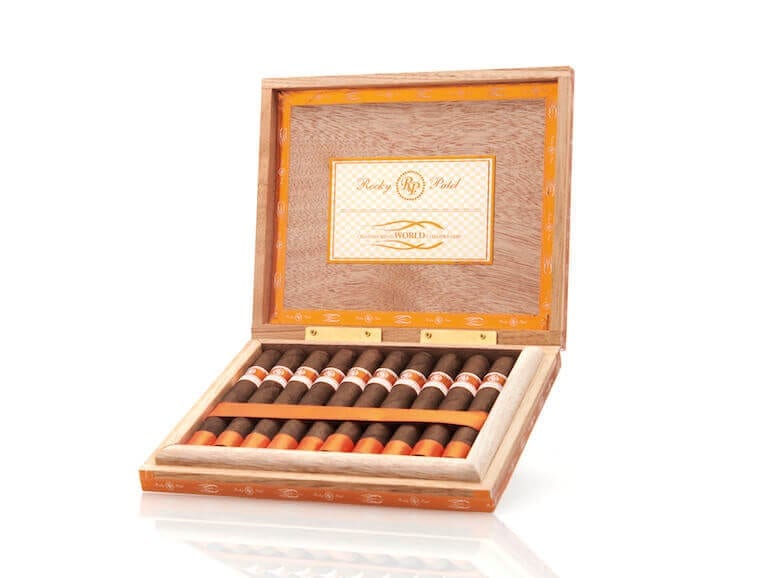 Rocky Patel has partnered with the Cigar Smoking World Championship (CSWC) to be held in Split, Croatia on September 17th – 19th, 2021.
“The Cigar Smoking World Championship is certainly an international competition in the slow smoking of cigars but at the same time it is much more than just a competition. It is the perfect tool to wake up so many emotions in every cigar enthusiast through the medium of friendly competition.” said Marko Billic, the organizer and creator of the global event.

The Robusto and Toro come in twenty (20) count boxes while the Mareva comes in a ten (10) count box. The official size for the CSWC competition is the Mareva.
“I wanted to blend and produce a special competition cigar that can be enjoyed by everyone across the world for years to come.” said Rocky Patel.

There will be qualifying events in over 30 countries. The winner from each country will attend the grand finale in Split, Croatia. The grand finale is truly a global event bringing together cigar clubs and enthusiasts from around the world.
Listed below are the national qualifying events that will be held across the United States. The winner from each national qualifying event will compete in the USA Championship event to be held at BURN by Rocky Patel in Pittsburgh, PA on August 28th, 2021. 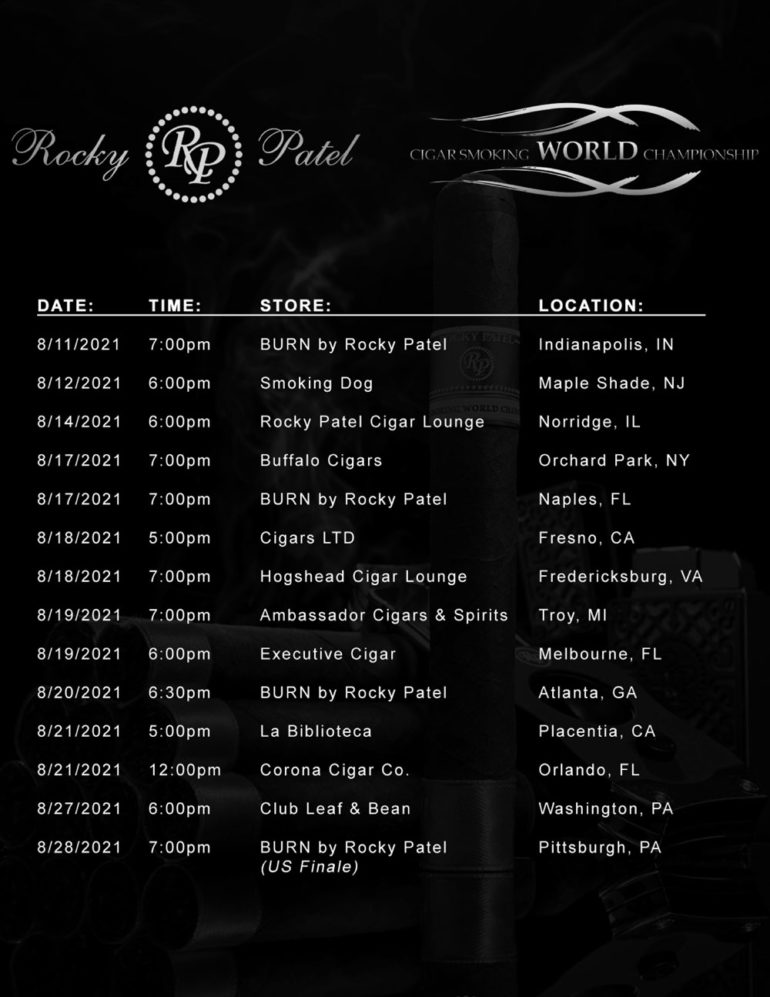 For more informational and all international dates please visit www.cswcnews.com.