With their New Wave Indie Folk/Rock sound and fascination for cigars – this independent and international band, hailing from Melbourne Australia, has been building a solid underground buzz worldwide over the past two years; including an underground puff among those who “Hola” the cigar world. 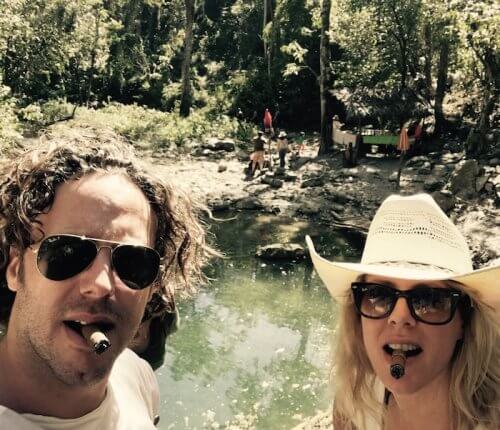 The siblings rediscovered their curiosity for cigars when they were invited to perform the Cigar Smoking World Championship (CWSC) in Nashville in May, 2016. The band was then invited to perform the CSWC in Split, Croatia in 2016 & 2017. During this time, Belle Roscoe performed in over 169 festivals and clubs throughout Europe, America, UK and performed onstage with some of the best Cuban musicians in Havana. In December 2016, the band spent six weeks in Havana learning to Salsa, write new tracks for their third album, perform and record with Cuban rock stars, drink copious amounts of rum, and smoke various Cuban cigars whilst enjoying the camaraderie of their new found eccentric cigar smoking friends!

Belle Roscoe is now based in the UK currently writing the third album. This album is set to be recorded between London, Europe and the USA and will be released late 2018.

Belle Roscoe are currently looking for sponsorship and/or corporate opportunities to assist funding the recording of their 3rd album. If you would like to come on this journey with Belle Roscoe, the world’s “cigar friendliest band”, and be a part of recording their third album – give them a “Hola”.